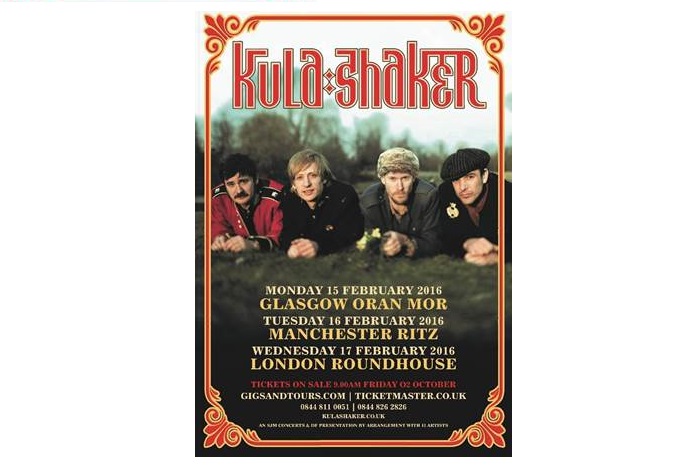 Kula Shaker have announced three UK dates to mark their return before heading over to Europe.

The gigs will see the band, best known for their 1996 multi-platinum K, performing tracks from their new album alongside their legendary 1996 debut, celebrating its 20th anniversary.

K became one of the fastest selling UK debuts ever.  Kula Shaker soon followed up with their second album Peasants, Pigs & Astronauts and after a six-year absence returned with the brilliant album Strangefolk in 2007  before releasing their fourth album, Pilgrims Progress, in 2010.

The tour will see Kula Shaker performing at Manchester’s Ritz on 16 February 2016.

Tickets for Kula Shaker performing at Manchester’s Ritz on 16 February 2016 go on sale at 9am on Friday 2 October.