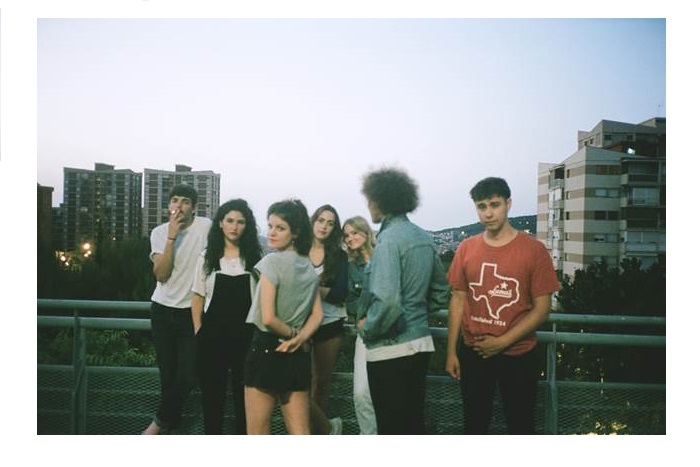 Hinds have announced a run of UK tour dates which will find the Madrid four piece performing at Manchester’s Gorilla on 20 February 2016.

Since bursting onto the DIY scene last summer, Hinds (pictured above alongside The Parrots) have mastered a raw and playful sound all their own.

The news comes as Hinds offer fans another glimpse into their gloriously raucous, sweetly playful world, in the form of a double music video/short film for their cover of Davey Crockett and The Parrots’ cover of All My Loving which was released earlier this year as a split 7 inch single.

Hinds are now gearing up to release their debut album, Leave Me Alone, which is due out in early 2016, a twelve track album inspired by contemporary American garage rockers such as Mac DeMarco, Ty Segall and The Black Lips.

Tickets for Hinds performing at Manchester’s Gorilla on Saturday 20 February go on sale at 9am on Friday 2 October.