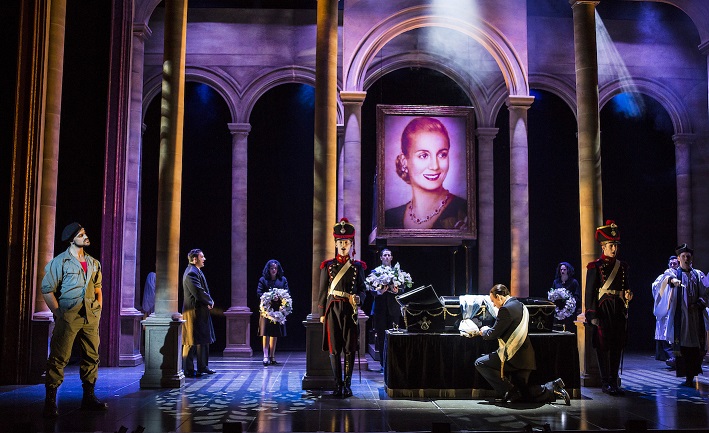 One the back of 10 years of performances in the UK including two West End seasons, Evita comes to Manchester’s Palace Theatre in December.

The captivating show tells the story of Eva Perón, wife of former Argentine dictator Juan Perón.  Evita follows Eva’s journey, which ultimately lead her to be heralded as the ‘spiritual leader of the nation’ by the Argentine people.

Tim Rice and Andrew Lloyd Webber’s smash hit show has garnered more than 20 major awards and features some of the best loved songs in musical theatre, including Don’t Cry for Me Argentina, On This Night of a Thousand Stars, You Must Love Me, and Another Suitcase in Another Hall.

Who will star in Evita in Manchester?

Returning to the role of Eva Perón is Madalena Alberto, a role she received critical-acclaim for at London’s Dominion Theatre in 2014. Considered as one of the West End’s prominent leading ladies, Madalena is renowned for some of the most coveted roles in musical theatre, including Fantine in Les Miserábles (25th Anniversary Tour, The Barbican, 02 Arena), Grizabella in Cats (London Palladium) and the title role in Piaf (Leicester Curve). Her most recent credits include The Ghost of Christmas Past in A Christmas Carol (Lyceum Theatre), Polly in Pollyanna (Tristan Bates Theatre) and a guest lead in BBC’s Holby City. Alongside her acting career, Madalena is a songwriter and performs solo concerts regularly. 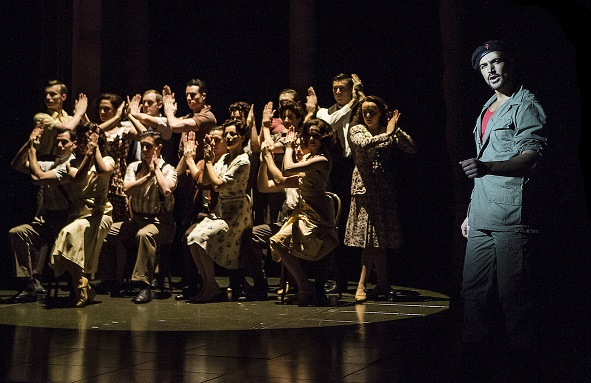 Fresh from the recent West End production in July 2017, leading Italian performer Gian Marco Schiaretti will continue in the role of Che, a character who reflects the voice of the Argentine people. Linked to Eva by destiny; he brings balance to the story of Eva’s rise to fame. Gian most recently played the title role in Disney’s production of Tarzan in Stuttgart and prior to this, he played Mercutio in Romeo and Juliet across Italy.

Leading London and Broadway performer Jeremy Secomb joins the cast of Evita as Juan Perón. Jeremy most recently starred in the theatre production of Sweeney Todd: The demon barber of Fleet Street (Barrow Street Theatre) in the title role on Broadway, previous to which he played Javert in Les Miserables (Queens Theatre) and Phantom in The Phantom of the Opera (Her Majesty’s Theatre).

Where and when is Evita performed in Manchester?

Evita is performed at Manchester’s Palace Theatre from Wednesday 6th December until Saturday 9th December 2017.  Performances are at 7.30pm with Thursday and Saturday matinees at 2.30pm.  Tickets are priced from £17.90.