Previewed: Elevant at The Castle 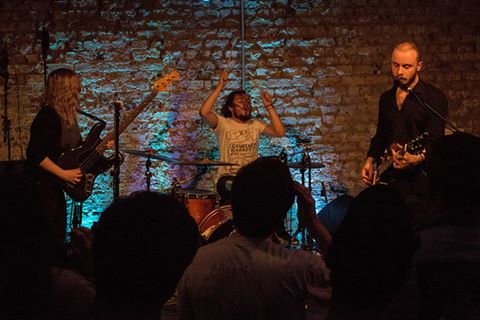 Liverpool trio Elevant are set to return to Manchester during their first run of shows in 2017.

The gig at The Castle comes as the group prepares to release new music in the form of a number of tracks recorded at the legendary Abbey Road Studios.  The will be made available via the band’s own Loner Noise / Elevant Music Limited imprint later this year.

Speaking about the band’s latest sessions, frontman Michael Edward commented, “We cut 5 tracks at Abbey Road, and there’ll be a release a little later into the year, though we haven’t decided what kind yet. The new material trades off a greater focus on hooks with weirder idiosyncrasies in the band’s playing. You can get away with something a little stranger if you wrap it up sweetly.”

2017 promises to be a big year for the band as they also prepare to perform at Wrong, a new Liverpool based festival organised and curated by the band’s own Michael Edward and the Loner Noise label.  Based in Liverpool’s docklands, the festival looks to bring together the heavier and weirder corners of rock music, from punk to noise to psychedelia and everywhere in-between. For one day in April, the festival will present a selection of some of the finest freaked out bands around including Bo Ningen, The Wytches, The Cosmic Dead, Heck, Blacklisters and of course, Elevant. A communal area with art installations, plus record stalls, and ‘Shangri-La’ like settings will also feature.  Taking place on 22 April, Wrong Festival is also set to feature Live-Manchester favourites False Advertising.

Elevant perform at Manchester’s The Castle on 15 March