Previewed: Dead Dog in a Suitcase (and other love songs) 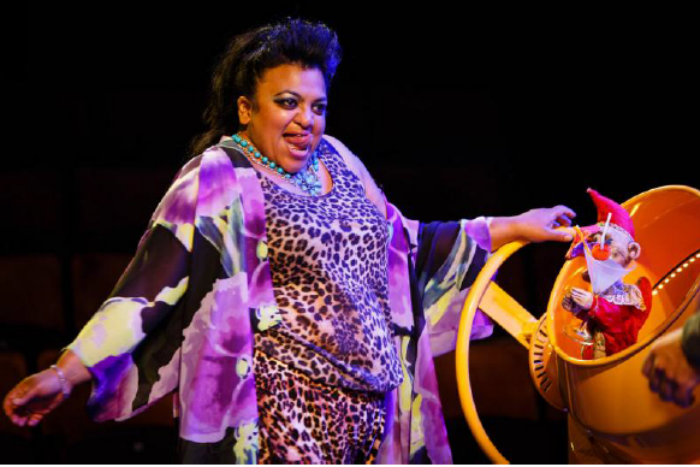 A twisted morality tale for our times, Dead Dog in a Suitcase (and other love songs) is set to be performed at Manchester’s Home from 11th to 26th September.

A critically acclaimed radical reworking of John Gay’s The Beggar’s Opera, written by Carle Grose, the production comes to Manchester through the Cornwall-based international touring company Kneehigh, in association with Liverpool Everyman and Playhouse.  Kneehigh come to Manchester with a stellar reputation and off the back of huge critical success last year with a UK and international tour of Tristan and Yseult.

The news is clearly something which excites Artistic Director Theatre at Home Walter Meierjohann, who commented of Kneehigh “I am delighted to welcome Kneehigh to HOME.  They are one of my favourite companies working in the UK because they celebrate the theatre art form in their unique style. Dead Dog in a Suitcase (and other love songs) is a stunning contemporary reworking of The Beggar’s Opera with fantastic music and beautiful songs – and has one of the maddest and most poignant endings you will ever see in a theatre!”

The original Beggar’s Opera was written in 1728 by John Gay, and was adapted by Bertolt Brecht and Kurt Weill in 1928 as The Threepenny Opera.  Like its predecessors, Kneehigh’s new version is a musical satire that holds a mirror to contemporary society – confronting big business, corrupt institutions, and urban myths.

“The story of the dead dog in the suitcase is a ‘genuine’ story”, says writer Carl Grose. “Google it. It’s urban myth. It’s modern folklore. And that feels like what our Beggar’s Opera is, too. If John Gay’s was highwaymen, prostitutes and street thieves; ours is about the mythic underbelly of now – corporate conspiracy, hit-men, warped Robin Hood-types, the end of civilisation, dead dogs in suitcases – all combined to create a portrait of a world hanging by a thread, in turns shocking, hilarious, heartfelt and absurd.”

Grose’s script is set to be accompanied by a new score of live music by Charles Hazlewood and directed by Artistic Director Mike Shepherd.  It is against this background that the 12-strong company of actor-musicians will perform the incarnation of The Threepenny Opera.

Music Director Charles Hazlewood’s score brings the original songs of The Beggar’s Opera up to date. He said: “The Beggar’s Opera hit an unsuspecting world like a thunderbolt in 1728: an ‘opera’ about the essential injustice of the world, where rich and poor are corrupt alike, yet the poor go down for it and the rich do not. An ‘opera’ whose musical foundations seemed entirely borne of the fleshpots and gin palaces, specifically an opera where arias – instead of being art-house confections – were a festering muck-heap of scabrous little ditties belonging to everyone and no-one.

“But down the years, The Beggar’s Opera has lost its teeth, not least because these once rapacious little tunes have evaporated from our collective consciousness. When the piece is revived, it is invariably as a charming museum-piece. The score entirely lacks the resonance John Gay endowed it with. The tunes have lost their context.

“I cannot make these tunes current and ubiquitous again. So my mission is to give them back their bite: by bending, bastardising them, often completely remaking them, and by dressing them in new and unfamiliar musical garb, so that the invigorating power of this piece might make a new mark on our sophisticated, and complacent ears.”

The showing on 24 September will feature a post-show discussion with the cast.