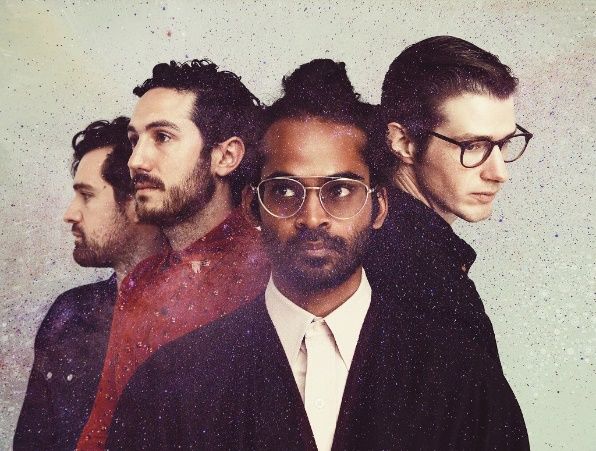 The four part Massachusetts harmony band Darlingside headline at Manchester’s Night People as they perform three intimate UK shows.  The band have returned to the UK following the success of their latest album Extralife which was released earlier in the year.

Extralife marked the quartet’s follow up to their European breakthrough debut release, Birds Say.  During three sold out tours, the band’s unique performances brought instant adoring fans, tracing a rise from the unexpected 2016 mainstage performance at Cambridge Folk Festival through to the Summer of 2017 with a TV performance live from Glastonbury on BBC 2 TV and a triumphant, sold out London Union Chapel show which garnered rave reviews.

This year, they returned to Cambridge Folk Festival this year on the back of Extralife.  They were also chosen to perform at Newport Folk Festival.

Extralife sees Darlingside looking ahead, with a view of an almost apocalyptic future.  Where Birds Say was filled with nostalgia and the loss of innocents, Extralife takes on the slightly murkier subjects, albeit with beauty and grace and an underlying sense of optimism.  The band continue to stretch the boundaries of folk, pop, baroque and indie rock, merging the styles into a sound which is very much their own.

Pensive and poetic lyrics are delivered with divine harmonies.  Seamless vocals and masterful musicianship create an ambient, dreamlike atmosphere.  Their live shows take this even further with the four voices singing into a single microphone, interspersed with beautiful instrumentation.

When do Darlingside headline at Manchester’s Night People?