In Interview: Russell Dickerson – “I’m on the road pretty much the rest of my life” 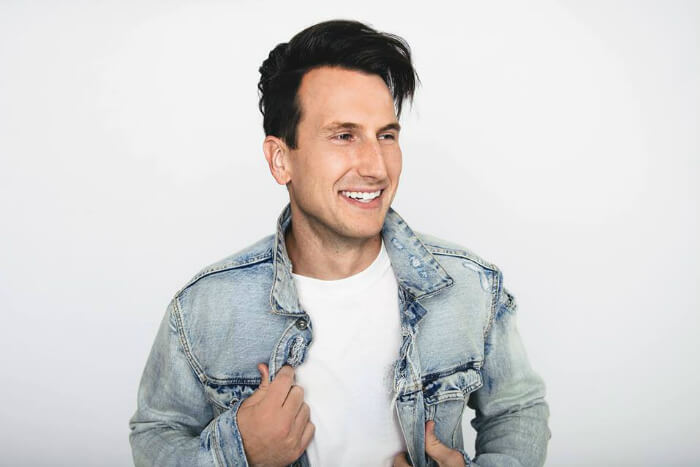 As I chat to Russell Dickerson he’s sat on his tour bus on the opposite side of the Atlantic.  To say he’s busy touring is an understatement.  Date after date across the US and now he’s returning to the UK.

But this doesn’t seem to be an issue to the artist who released the hugely successful album Yours just over a year ago.  “[It’s] good to be busy” he emphatically declares.

The title track from the album has been a phenomenal success for Dickerson … and it came almost two and a half years after he initially released it.  Yours became a smash hit.  The single topped the charts in January 2018 and the video alone has garnered more than 24 million views.

“Yours was the first song of the album that was written and that was four and a half years ago. We wrote it January 24th, 2014. … That song alone tells of perseverance and not giving up and keeping going” he tells us.  That he remembers the exact date he wrote it says everything about how much the track means to the Union City, Tennessee native.

Yours has been followed with the success of Blue Tacoma and then the third song to be released from the album Every Little Thing.

The success of the album and singles, despite coming some time after Yours was originally penned, owes a lot to keeping on going, Russell Dickerson tells us, “It just happened really naturally. I found the group of people that I just clicked with writing-wise.  We just kept writing and kept writing. … I found my crew and we just kept writing, we kept plugging away. I think we got a little piece of magic.”

And of course, with the success come the changes.  We’re keen to hear what’s changed since that first single hit the top spot.

“Well, the big thing is we have a bus now. Crazy, all this!” he laughs.  “We started out in a van, but even before that, I used to tune guitars and set up gear for another band. I got to ride on a bus and there was catering and food and all that stuff. I was like, “One day, I’m going to have my own bus. One day, I’m going to have my own arena shows.”. Having a bus, man, it was a huge, huge milestone for me. It really has been like a beacon that I’ve set my sights on.”

“There’s certain things that I miss”

But there are also some things he has had to let go.  There was a time when Russell Dickerson was involved in every aspect of the creative and touring process – the writing, the social media, the artwork, the scheduling.  Now, he’s had to pass some of it across to others.  Is this something he misses?  “There’s certain things that I miss. Most of them I don’t miss, but anything involving creatives, the creative aspect of- even if it’s graphics or posting on Instagram or all of that stuff. We have a company now we’ve hired to do that. I’m still very, very involved in creating those graphics and creating that content. They do a good job of capturing my goofiness, just the energy that I’ve created online. I think that Sam can tell that, too, they can still tell that I’m super involved in every aspect of that way.”

“I’m on the road pretty much the rest of my life.”

Russell Dickerson is coming towards the end of a pretty packed touring schedule.  He has spent large parts of 2018 on the road, headlining, performing with Lady Antebellum and now hits the UK to support Darius Rucker.

“I’m on the road pretty much the rest of my life,” he laughs, “I’ve just accepted that.”

And he is determined to make that time on the road as creatively fruitful as possible, keeping his home time for himself.  “I love writing on the road. I actually I like combining them, so that I try to keep my time at home as relaxation and treat it like a weekend. Out here on the road, I love writing.”  And that writing has involved some sessions with Lady Antebellum recently, “We’re on tour with Lady Antebellum right now,” he adds “and I already started writing a bunch of songs with them. Hopefully, getting some songs for them and some songs for me and I love being creative on the road.”

Despite wanting to make clear boundaries and enjoy his ‘home time’, Russell Dickerson’s enthusiasm for being out on the road cannot be overstated.  At the mention of returning to the UK, the excitement can be heard in his voice.  “Man, I love coming over there” he enthuses, “The fans …- every time, it blows my mind how into it and actually how knowledgeable they are about my music. It’s a really cool time to always go over there and get to see all the UK fans again.”

He is making his return to the UK after performing at Country2Country at London’s O2 Arena back in March, something which he describes as a “dream come true”.  “… having everyone there and they knew my song Yours” he gushes, “and to hear 20,000 people singing this song in a different country across the ocean was an awe and shock moment for me. It’s emotional just to even think about it. That’s my dream, it’s to have an arena full of people sing my songs and that was a taste of what was to come.”

He explains that “Just the energy from the fans and being on stage and getting to hear them sing these songs that I’ve written years ago,” is what touring is all about to him. “They’re now hearing them and singing them. That’s why they come to these shows, it’s just to see these songs live. That’s my favourite part, just interacting with them and getting to see all my friends and fans again.”  And he promises to bring as much energy as possible to his performances, “We bring a lot of high energy for sure. My team, they make it either it’s an acoustic show or it’s a jump around show, which is the full band show that we’re bringing out there over to you guys. Definitely be a lot of jumping around, lots of sing along together.  We just try to make memories every night.”