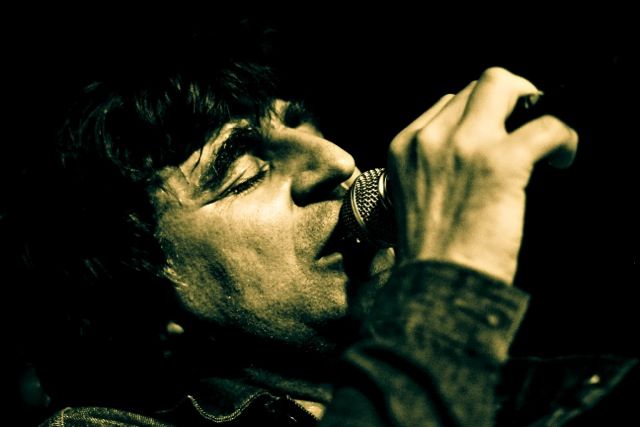 One of Manchester’s pre-eminent 1980s post-punk bands are returning to the city to perform two special gigs at Manchester Academy on 19th and 20th December which will feature Chameleons Vox performing The Chameleons’ second and third albums in their entirety.  The shows come of the back of their mammoth UK tour earlier this year.

Fronted by Mark Burgess, Chameleons Vox are intent on what they started in spring 2014 with live shows of their inaugural album Script of the Bridge, completely their classic trilogy on stage.  The gigs marks the first time that either album has been performed uninterrupted in one night.

Friday 19th December will feature 1985’s What Does Anything Mean? Basically, with tracks including Perfume Garden, Home Is Where The Heart Is and Singing Rule Britannia (While The Walls Close In).  Whilst Saturday 20th December sees Strange Times taking the spotlight – the 1986 album which produced classics Tears and Swamp Thing.

“Playing Script of the Bridge in its entirety on the last tour was a massively enjoyable exercise for everyone, audience and band alike,” explains Burgess. “So, when we were asked if we’d perform the next two albums, What Does Anything Mean? Basically and Strange Times this coming December, we agreed immediately. They differ from the debut album, though, in that they each contain songs that have been rarely, if ever, performed. It’s going to be a challenge to present some of them but it’s a challenge we look forward to and hopefully The Chameleons audience will too.”

Echo and the Bunnymen Announced for Indie All-Dayer