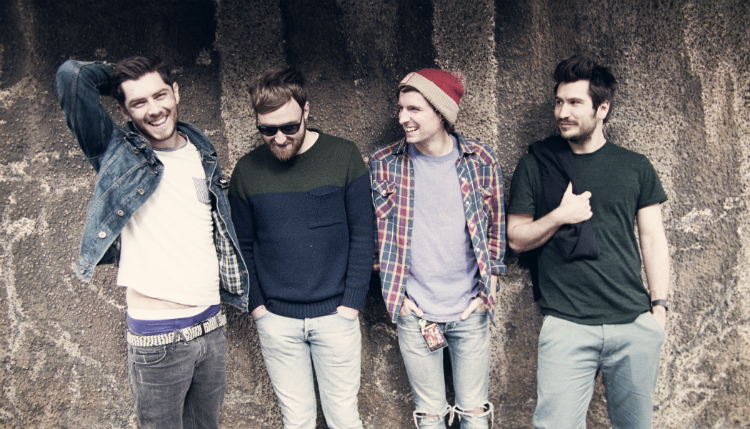 Twin Atlantic have announced four UK tour dates, which will see the four-piece performing the biggest gigs of their career in May 2015, including a date at Manchester’s Albert Hall on Tuesday 5th May.

Twin Atlantic (Sam McTrusty – vocals and guitar, Ross McNae – bass, piano and vocals, Barry McKenna – guitar, cello and vocals, and Craig Kneale – drums and vocals) have enjoyed a phenomenal year, with three Radio 1 playlisted singles, sold out shows and their massive album Great Divide debuting at the number 6 spot in the UK starts as well as their single Heart and Soul winning Best Indie Single at the AIM Awards and a series of festival slots.

Tickets for Twin Atlantic performing at Manchester’s Albert Hall on 5th May 2015 go on pre-sale at 9am on 24th December 2014 with general sale from 9am on Friday 26th December.  Purchasers of pre-sale tickets will be automatically entered into a lottery to win one of 100 signed limited edition flags from the Great Divide album artwork.

In Review: Turbowolf at The Deaf Institute
In Review: The Orwells at Gorilla
In Review: Fall Out Boy and The Pretty Reckless at the Manchester Arena