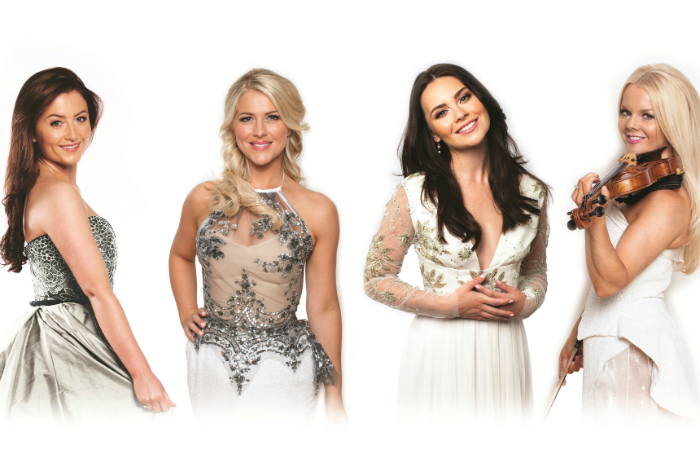 Having sold over 8 million copies of their first nine CDs in the ten years since they formed, the all-Irish four-piece Celtic Woman have cemented their place as one of the world’s most popular World Music acts.  Already huge stars in the US and their native Ireland, to commemorate their 10th anniversary the group are now mid-tour, bringing their impressive live show and a brand new album to the UK.

Celtic Woman is formed of three world-class vocalists and an exquisite violinist who play a mix of traditional Celtic tracks and contemporary hits. They are the only all-female act to achieve multi-platinum success in the World Music and Classical Crossover genres during the past decade and have further built on their success with their one-of-a-kind live act.  Celtic Woman have performed to over three million fans, wowing crowds with their unique mix of lively choreography, beautiful outfits and stunning voices.

The 10th Anniversary Celebration performances are showcasing all the hallmarks of Celtic Woman’s legendary live show with elaborate new set designs, glamorous new dresses and breath-taking choreography.  The setlist features a selection of fan favourites, contemporary covers and traditional tunes all brought to life by the 15-piece ensemble which includes a full band, bagpipers, Irish dancers and the Aontas Choir, all under the direction of Emmy-nominated music producer David Downes.

The tour also comes of the back of the release of their latest album Destiny (out 6 November through Decca Records) which includes a live DVD giving both newcomers and long-term fans the chance to enjoy the group’s extraordinary live act from the comfort of their own homes.

In Review: Sol3 Mio at the Lowry Theatre
Halle concert listings at the Bridgewater Hall – November 2015
In Review: Mysterious 44 at Halle St Peters