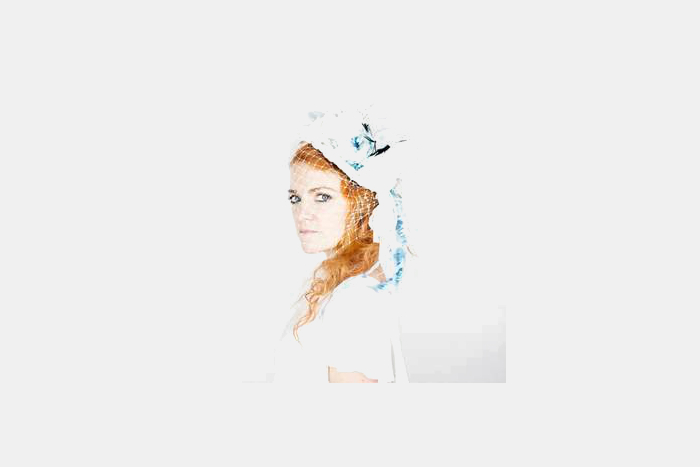 Bouche play the deeply emotive and beguilingly timeless music of singer and double bass player Rebekah Bouche, over a seductive swagger of electric guitar and a sultry, weaving trumpet. ‘So Long Solemn’, the trio’s first album is 9 tracks long, but boldly clocks in at just over an hour, and as the title suggests the songs form a kind of meditation on melancholy. There’s darkness both lyrically and musically which permeates this record – Rebekah comes from a blues background and you can hear that in her raw and open way of confronting the world and questioning her place in it. Stylistically the music ranges from straight up blues ‘Old Man London’, to the daringly arranged ‘Yankel’ which though it follows a trad-jazz form, features only a lone vocal and trumpet. It’s this kind of understanding and reinterpretation of traditional styles which makes this album take you somewhere completely new. Rebekah Bouche is a name to cherish for she is one of those rare gems which is growing more and more extinct – an unusual artist.  Difficult to pin down but before you mark Bouche down as a contemporary blues or jazz band, you’ll also find elements of soul ‘The Storm’, a pinch of psychedelia ‘23rd Time Lucky’ and ‘Into the Sea’, and the soaring cinematic soundscapes of ‘If I Were Queen’ and ‘House of Cards’ which evoke the pathos of old ballad poetry along with a sense of romanticism.

All of the songs are centered on Rebekah’s gently swaying bass lines, and her pure and powerful vocal style. It’s a voice that reminds you of old blues singers with its unflinching honesty and emotional delivery, but on a track like ‘Everything & Nothing All at Once’ Rebekah makes use of her impressive range and remarkable variety of tone. It’s a contrast described by Sam Lee (Mercury nominee, promoter of The Nest Collective live music nights) as “quietly magnificent”. The lyrics likewise can be confessional as on ‘Je m’accuse Blues’ or cryptically poetic ‘House of Cards’ enticing you to a second, third or even fiftieth listen to attempt to unpack the ideas. However, the music in itself is so lush, and so tantalizingly arranged that it speaks for itself and makes for a compelling and deeply moving listen even at its most surface level.

Bouche perform at Manchester’s Matt and Phreds on Wednesday 13 April 2016.