Previewed: The Bellrays at Sound Control 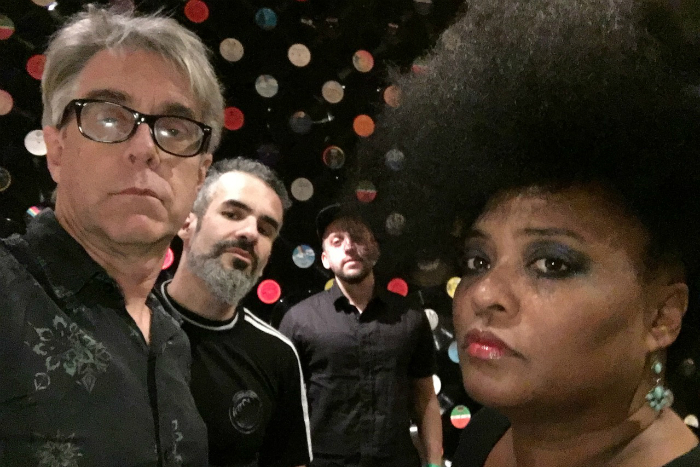 Blues is the teacher. Punk is the preacher. It’s all about emotion and energy, experience and raw talent, spirit and intellect. Exciting things happen when these things collide. Bob Vennum and Lisa Kekaula  made The BellRays happen in 1991 in East LA but they weren’t really thinking about any of this then. They wanted to play music and they wanted it to feel good. They wanted people to WANT to get up, to NEED to get up and check out what was going on. Form an opinion. React. So they took everything they knew about; the Beatles, Stevie Wonder, the Who, the Ramones, Billie Holiday, Lou Rawls, Hank Williams, the DB’s, Jimmy Reed, Led Zeppelin, to name a very few and pressed it into service.

It was never about coming up with a ‘sound’, or fitting in with a scene. It was about the energy that made all that music so irresistible. It was the history BEFORE Led Zeppelin that led them to that point. The Beatles thought they were playing R&B. It just came out like ‘Rubber Soul’. The Ramones were trying to be Del Shannon or Neil Sedaka and out came ‘Rocket to Russia’. With the BellRays there was no conscious effort to ‘combine’ rock and soul because they didn’t see them as divided in the first place. Blues was teaching. Punk was preaching. The BellRays were always listening.

The Bellrays perform at Manchester’s Sound Control on 13 April 2016.  Support comes from Bones Shake and Guts