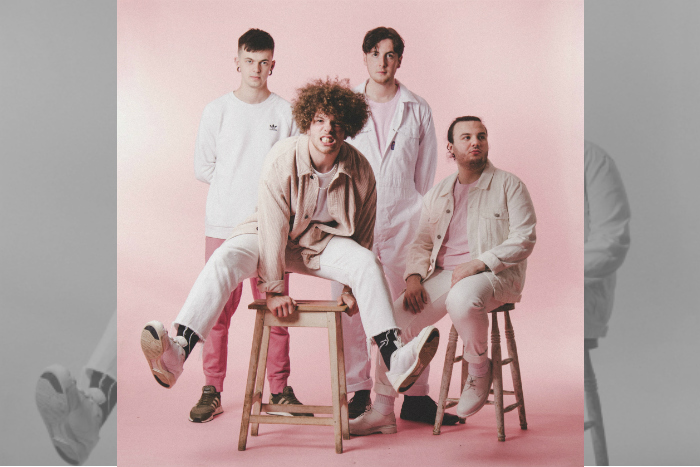 No Hot Ashes release their debut album Hardship Starship today ahead of a run of UK tour dates including Manchester’s O2 Ritz and Liverpool’s Jimmys.

The album reflects on loneliness away from your loved ones (Motion Sick), getting high (in an astrononmical sense!) on Paradise/Overdrive, the current landscape in the UK and makes an escape with the sing-along Hey Casanova.

No Hot Ashes’ Hardship Starship was produced by Chris Taylor (The Coral, Everything Everything, Ian Brown) at Parr Street Studios in Liverpool.  The band formed an instant connection with him when they met in early 2018 in the thick of demos and writing for the album.

The album release follows the recent reveal of the video for their track Extra Terrestrial, directed by Sam Crowston.  Speaking about the track, the band commented, “Extra Terrestrial Is a song about relationships and knowing someone better than you know yourself. The constant fat bass lines matched with shouty choruses implore you to move. We were trying for something catchy with this one.”

The band will also be performing instore at HMV Manchester today at 5.30pm.

When do No Hot Ashes perform in Manchester?

No Hot Ashes perform at HMV Manchester today at 5.30pm

They also headline at the O2 Ritz Manchester on 27 September 2019.  The UK tour also includes a Liverpool gig at Jimmys  on 17 August.