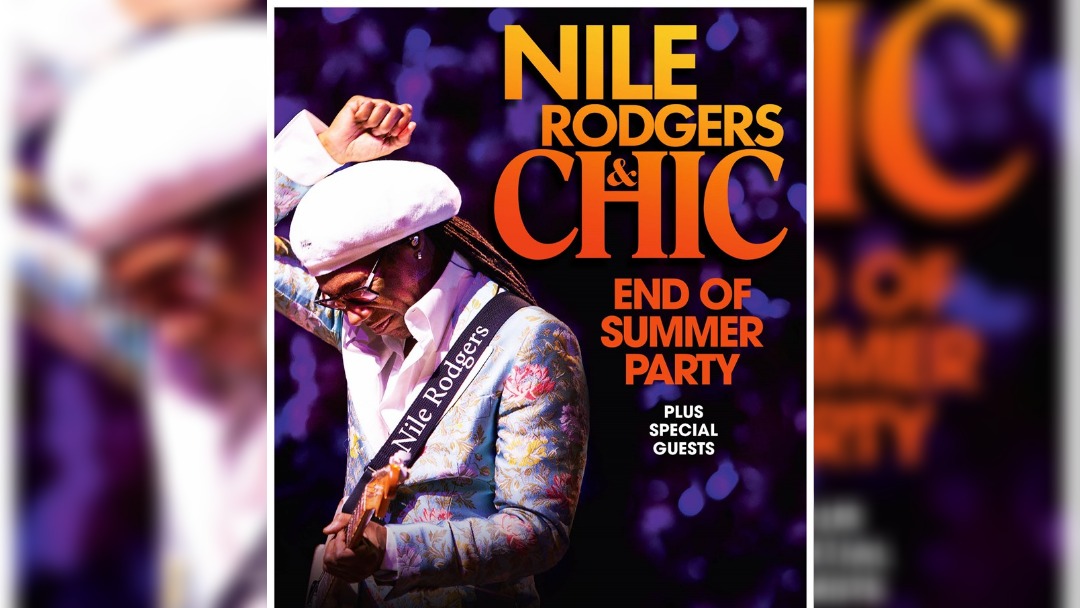 The Manchester gig is one of two dates they have confirmed.  They will also headline at London’s O2 Academy Brixton.

Speaking about the upcoming gigs, the Grammy-award winner and Hall of Famer said, “After the blues of Covid we’ve had an incredible summer in the UK getting up front and close with all of our incredible fans. What better way to celebrate the last day of summer and the first day of autumn than with our final UK shows of the year at Brixton and Manchester. We want to invite all the Lionesses who’ve made the whole country so proud to get up on stage for what will truly be Good Times!”

Nile Rodgers is a multiple Grammy-award winning composer, producer, arranger and guitarist and co-founder of Chic.  Rodgers has been inducted in to the Rock & Roll Hall of Fame and Songwriters Hall of Fame.

When do Nile Rodgers and Chic headline at Manchester’s O2 Victoria Warehouse?

When do tickets for Nile Rodgers and Chic’s Manchester gig go on sale?

Tickets for Nile Rodgers and Chic’s Manchester gig at the O2 Victoria Warehouse go on sale at 10am on Friday 5 August.