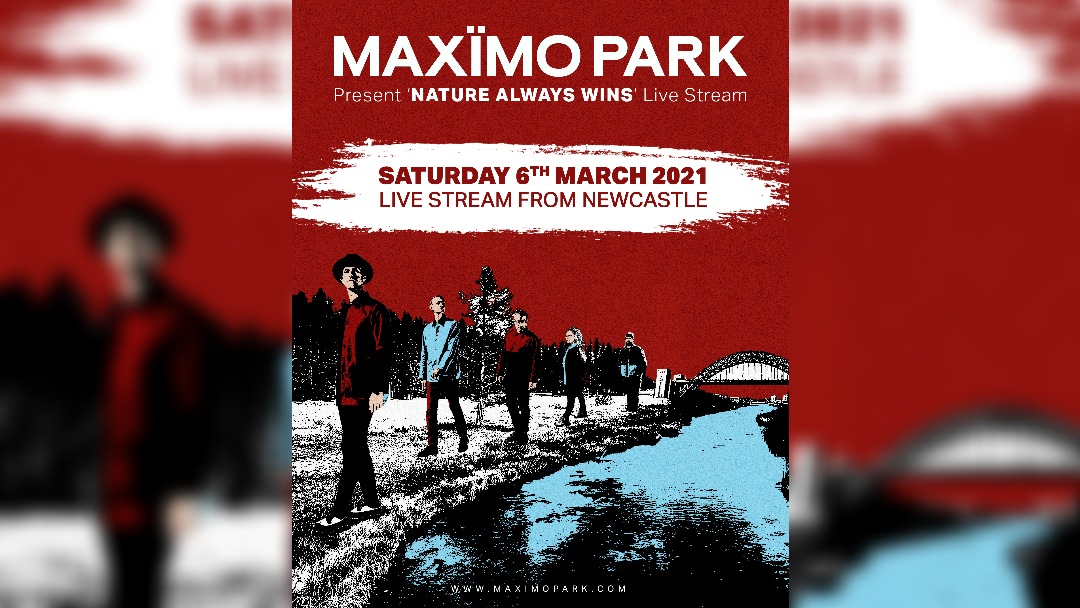 The band are also set to headline at Manchester’s O2 Ritz and Liverpool’s Arts Club later in the year.

Maximo Park’s live show will be streamed live from Riverside, Newcastle to celebrate the release of Nature Always Wins.  The band will play songs from the new album live for the very first time as well as a selection of material from their catalogue.

Speaking about the shows, lead singer Paul Smith commented, “Since we can’t play live in front of a crowd at the moment, we’ve decided to give a live, streamed broadcast from an (almost) empty Riverside venue in Newcastle. We’re excited to be introducing some songs from our new album, ‘Nature Always Wins’, as well as blasting through some old favourites. Join us at 8.30pm GMT on Saturday March 6th…”

Maximo Park are set to head out on tour in mid 2021 including gigs in Manchester and Liverpool.

When do Maximo Park healdine at Manchester’s O2 Ritz?

How do I get tickets for Maximo Park’s livestream gig?

Fans can get access to the live stream buy purchasing an album bundle with ticket.