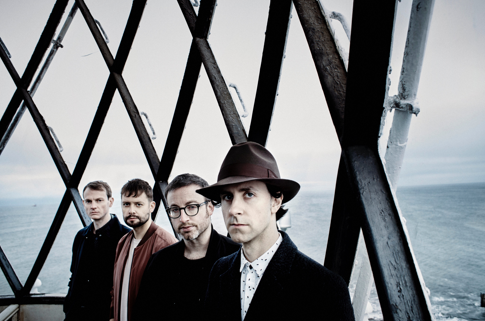 Maximo Park have announced a run of UK tour dates for Spring, including a performance at Manchester’s Albert Hall.

The tour is set to follow the 21 April release of their new album Risk To Exist.  Speaking of the album, frontman Paul Smith commented. ‘The album is, ultimately, about empathy. Some songs are simple messages of solidarity and others are fuelled by anger at the elitist, established order of British society. There’s a questioning of power throughout and a feeling that there must be a different way of structuring our society in order to alleviate inequality. Musically, the songs reflect more soulful and groove-based influences, allowing more space in the arrangements than ever before. The central idea is to align great pop melodies with songs that reflect the state of the nation.”

Tickets for Maximo Park performing at Manchester’s Albert Hall on 19 May 2017 go on sale at 9am on Friday 27 January.