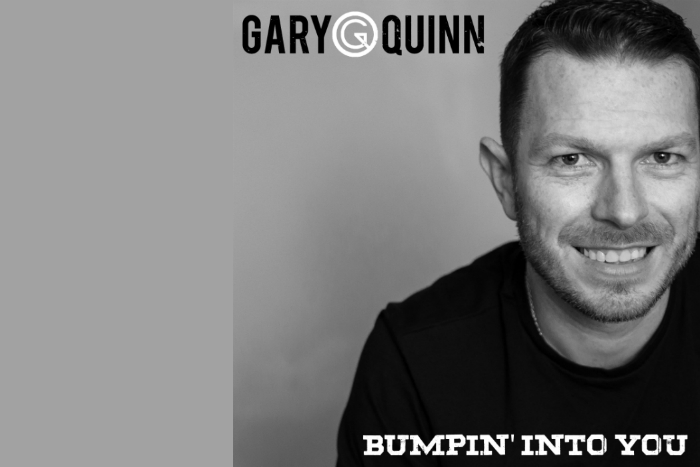 Manchester based singer-songwriter Gary Quinn is set to release his new single Bumpin’ Into You on 27 April, his first official studio release since 2016’s I Remember EP.

The release comes after the 5 time BCMA Award winner returns fresh from a successful tour of Australia with Buckle & Boots Country Festival, which he co-founded and of which he is the creative director.

Bumpin’ Into You shows a slight swerve from Gary Quinn, who teamed up with Rob Gulston of Holloway Road on production duties at The Banger Hanger, channelling a modern country, mainstream Nashville sound.

Speaking about the track, Gary Quinn commented, “I wanted to put a more contemporary spin on this track and see how the listener reacts. I’ve known Rob for a while now and always been a fan of what Jack and he have been creating and releasing with Holloway Road, so it made sense for me to reach and try and work with Rob to see what we could come up with. I’m very pleased with how it’s turned out. I hope the fans of my music will be too.”

Bumpin’ Into You will be Gary’s first official studio release since his I Remember EP back in 2016, which debuted at #5 on the UK iTunes Country Chart, and follows an acoustic EP released last year.  With several trips to Nashville under his belt, which have allowed him to write with highly-regarded song writing heavyweights, including William Michael Morgan and Kyle Schlienger, the release promises the first of much new material to come.