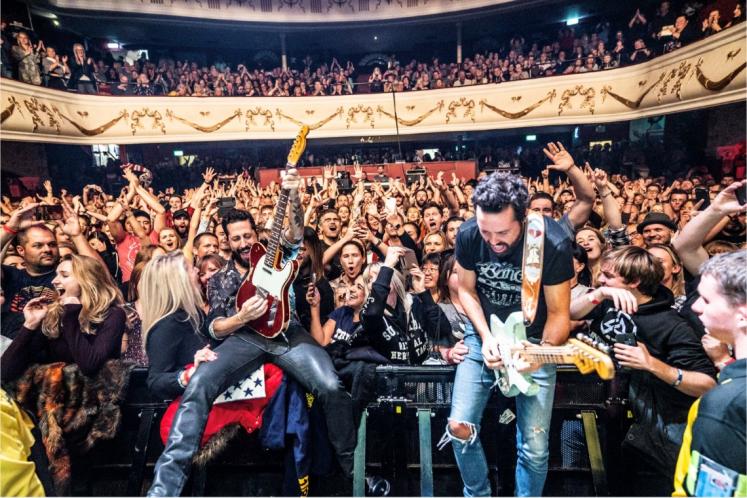 Old Dominion have announced the European leg of Make It Sweet tour, with five UK dates including Manchester’s Albert Hall in October.

The two-time ACM Vocal Group of the Year and reigning CMA Vocal Group have added nine European dates on to the tour.

The European tour marks Old Dominion’s fourth trip overseas and follows on from the sell-out success of the European leg of their Happy Endings World Tour in 2018.

The multi-Platinum band promises to enthral their growing international base with their biggest, boldest, and best staging and live production to date.

Old Dominion will be joined on tour by Jordan Davis.

When do Old Dominion headline at Manchester’s Albert Hall?

When do tickets for Old Dominion’s UK tour go on sale?

Tickets for Old Dominion’s UK tour, including Manchester gig, go on sale at 9am on Friday 12 April.