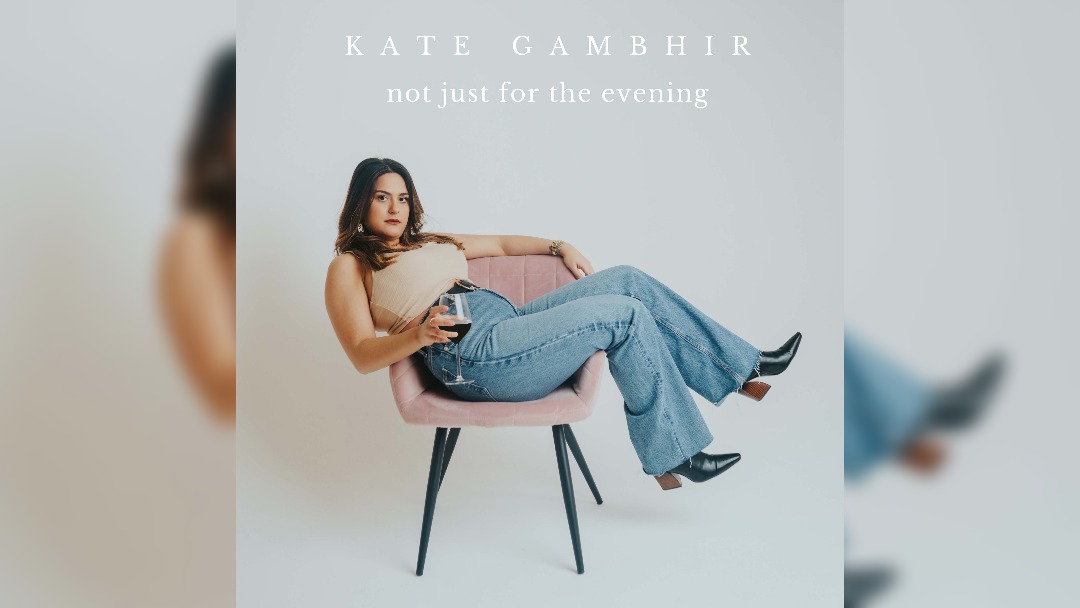 Manchester singer and songwriter Kate Gambhir is set to release her new single Not Just For The Evening, a track which started as a joke between friends.

The track started to take shape as Kate Gambhir worked her way through the midst of a failing ‘situation-ship’ in her early 20s.  A joke amongst multiple conversations with her friends who were going through similar emotions then took on a life of its own.  Quickly the joke became an empowering, light-hearted stand on figuring out love as a young adult.

Back in 2020, the Mancunian singer/songwriter was in her hometown reflecting on her past dating life experiences, settling for uninvested, problematic games where “you pull your hand away whenever your flatmate walks in’ and communication issues ‘Can we talk about this some other time Kate?’.  After reflecting on life, she understood that she has grown from these experiences, and created a humorous, conversational song inspired by ‘rants and chats’ with girlfriends.

Not Just For The Evening was written solely by Gambhir as a product of lockdown. “I wanted to say it but Man United are playing at eight” she begins the story of a conversation between her and an ex-partner, describing an uninvested relationship due to an immaturity and lack of communication. Kate shares, ‘Its a common feeling lots of women share. We have been brainwashed to think we are asking for too much when we’re not receiving the bare minimum, and I’m not talking chocolates and flowers, I’m talking about basic communication standards. We’re afraid we will come across as ‘crazy’ if we ask for more from men. The man united line is obviously a joke, however I can not tell you how many women have come up to me at shows telling me how much they relate to it! As well as how many men turn to their partners and cheekily smile. That’s my favourite part of this song. With Not Just For The Evening, I’m stretching the joke on purpose, to emphasise how we shouldn’t have to shrink our emotions, and we should get better at just saying it how it is.

Not Just For The Evening offers a very universal message a lot of people experience as they continue to navigate modern dating life. “You’re sorry that I feel this way I’m afraid isn’t that what they call gaslight” gives a wave of empowerment for people who can relate, to not tolerating lack of investment within romantic relationships.