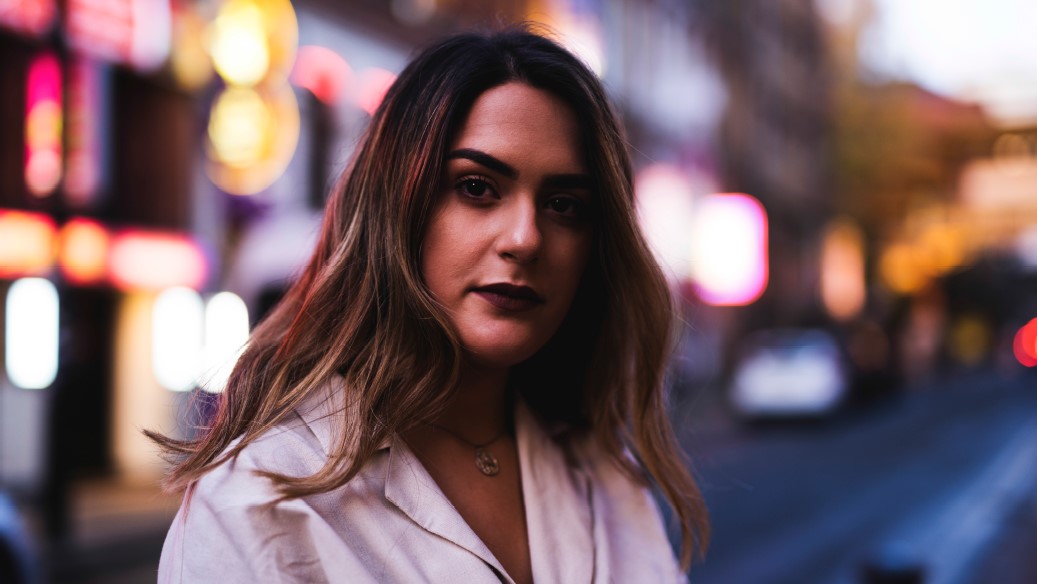 Manchester singer and songwriter Kate Anita has released a new music video for her charity song When People Wanna Talk They Call.  All proceeds from Bandcamp sales of the song are to be donated to Royal Voluntary Service (Manchester) and Music Venue Trusts Save Our Venues campaign.

The music video, released today, features a collection of video calls from fans, friends and family members in the hope of encouraging people to reach out to their loved ones.

The video follows the release of the song earlier this year and is inspired by her calls to friends and family members during lockdown, something she she says helped her to become more connected to them.  The track dealt initially with the frustrations of modern dating life.  Kate Anita originally set about creating a new music video with her production partner Samuel Andrew Fenton who worked on the documentary HUMAN in 2018 alongside Anita.  Plans however were disruped by the Covid-19 crisis.  As the pandemic took hold, however, she turned to her love of music to help her cope.

She began to listen to the song in a new light as When People Wanna Talk They Call took on a new positive meaning.  The video shows an appreciation for friends and family and was put together by recording their Facetime calls and asking fans to send her videos of their video calls or of them dancing to the single.

Showcasing herself dancing with her hairbrush, singing in the bathroom mirror and sliding down her staircase, with her sent-in videos popping up along-side her, Anita states she wanted the music video to look like something she would have made in her childhood.  “When we were kids, my sisters and I would do stuff like this all the time, when we were bored in the summer holidays.” she explains, “I wanted to make a video that created a sense of nostalgia with a light hearted feel.”

The track and video are available on Bandcamp with the money generated from the single donated to the Royal Voluntary Service and Music Venue Trust’s Save Our Venues campaign to help Manchester venues including Band on the Wall, Night People, Gullivers, The Castle and The Stoller Hall. “I owe a lot to Manchester, especially it’s independent venues” she adds, “I think now is an important time to give back to communities you care for, everybody has been affected by this, and everybody can do something.’

When People Wanna Talk They Call was produced by Adam Gorman at Pinhole Studios in Manchester with the video produced by Kate Anita herself and her sister Charlotte Gambhir.

The single is available from Bandcamp.