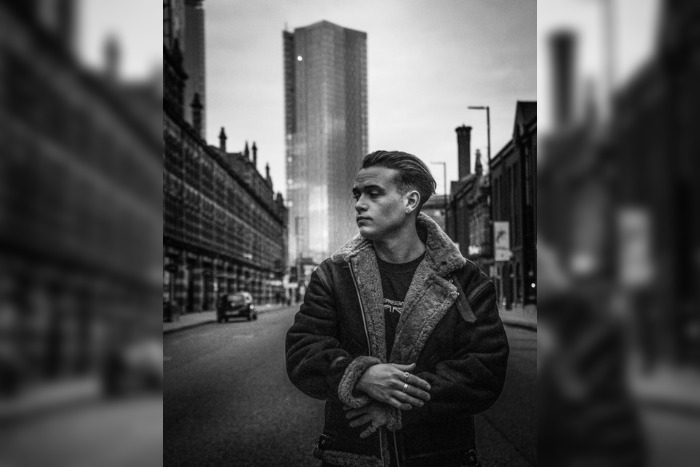 Manchester musician Joel Rothwell has been given the opportunity by RJ Gibb, the son of Bee Gees Legend Robin Gibb to perform at a major London event celebrating the music of the Bee Gees.

The tribute to the Bee Gees, the Mancunian brothers who sold more than 150 million albums worldwide, takes place this Sunday at the Bloomsbury Ballroom, London, and Joel Rothwell has been given the opportunity to showcase his own material.

RJ Gibb, long-time music collaborator with his father, Robin, is producing a spectacular new all-live show celebrating ‘The Music of the Bee Gees’ with producer Andrew Eborn, featuring the timeless music and hit songs of the Bee Gees.  Speaking about the decision to invite Joel Rothwell, RJ commented “Like my dear father and uncles, Joel Rothwell is a native Mancunian as well as a unique talent who deserves exposure and like myself he is part of a modern music scene which is the cultural culmination of all that has come before, especially the eras in question which so changed the face of music. It’s the icing on the cake, he’s a good songwriter and he has a wonderful voice, it’s an absolute pleasure to have him performing in the show.”

The show will feature other artists with close links to Robin and his brothers, who will all be performing on stage along with the high kicking dancers from The London Cabaret Club.

Derek John “Blue” Weaver – the celebrated keyboard player for the Bee Gees.  Blue Weaver joined the Bee Gees during their successful 1975-79 period, playing on Jive Talkin, You Should Be Dancing and the band’s famous soundtrack for Saturday Night Fever soundtrack.

The Egiziano Brothers, also known as ‘The Italian Bee Gees’ – three brothers from Calabria Italy who have been performing together from a young age and have dedicated their lives to performing the music of the Brothers Gibb.

Jesse Ray – A rising talent performing songs in the 1940s – ‘50s rockabilly style. Both his own compositions and classics.