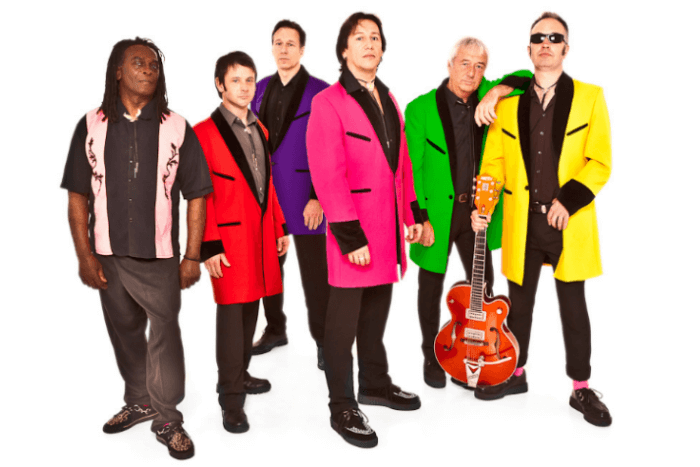 With 23 Top 40 singles under their belt, Showaddywaddy come to Manchester’s Waterside Arts in Sale.

Over a four decade career the group have enjoyed 10 Top 5 hits (Under The Moon of Love, When, You Got What It Takes, 3 Steps To Heaven, Hey Rock & Roll, Etc!) and 15 massive selling albums (including the Christmas number 1 in 1978).

Amongst the other accolades the band can point to are more than 50 Top of the Pops performances, countless awards, Royal Variety Performances and topping the Golden Orpheus World Music Festival before a TV audience of 300 million people as they became the first wester-world band to be screened live in Communist Cuba.

When do Showaddywaddy perform at Waterside Arts?