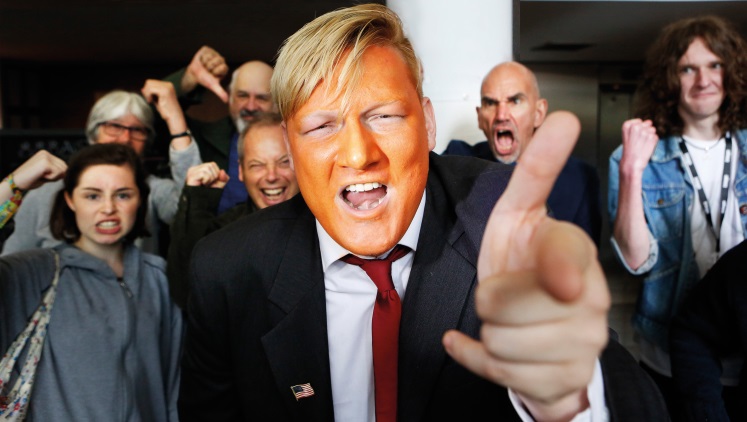 Following two sold-out runs at the Edinburgh Festival, Trumpageddon is coming to Waterside Sale as part of its January tour.

Created and performed by Simon Jay, Trumpageddon is directed by Daniel Clarkson and enjoyed a sell-out premiere in 2016, with The Donald was merely a candidate.  A further run followed in 2017 after Trump became leader of the free world and now Trumpageddon is back for a UK tour before heading to Australia for a month-long engagement at the Adelaide Fringe.

So after 1,862,364 signed a petition against Donald J. Trump making a state visit to the UK and following his recent cancellation of a visit to open the new US Embassy – this may be as close as we’re going to get to the real thing.

An absurdist satire, presented by Seabright Productions, Trumpageddon is described as “as demented, hysterical and disturbed as the man himself” – that’s some billing to live up to!

Where and when is Trumpageddon performed in Manchester?