New Model Army, The Wildhearts, Zion Train and Membranes join Sounds of the City line up 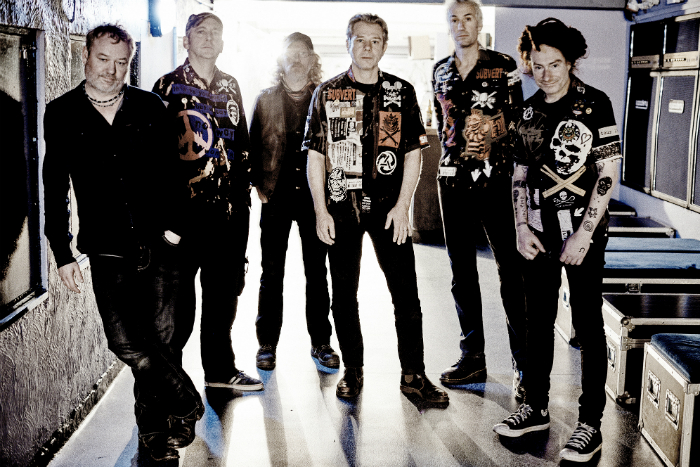 New Model Army, The Wildhearts, Zion Train and Membranes have been announced to join folk punk band Levellers at Castlefield Bowl’s Sounds of the City.

The quartet of bands have been confirmed as special guests for Levellers’ A Beautiful Day Out on Sunday 1 July 2018.

2018 sees Levellers celebrate their 30th anniversary.  The band’s latest album We The Collective hit Number 12 in the UK Official Album Charts and Number 1 in the UK Independent Album Charts following its release in March.  This marked the band’s highest chart position in more than 20 years. This summer amongst their Sounds Of The City show will see Levellers performing their full electric set as part of their 30 Years – One Way Of Life tour.

New Model Army come to Sounds of the City following a near four decade career.  The date comes in the midst of a run of major festival appearances around the globe.  The Bradford band, headed by lead singer, guitarist and main composer Justin Sullivan remain fuelled by their passions for Punk Rock and Northern Soul.

For almost 2 decades The Wildhearts have remained at the forefront of the British rock scene. From their classic début album Earth Vs (voted number one album of the year in Kerrang! Back in 1993, and number 20 in the best rock albums of all time in a Kerrang! Special in 2006), through to 2007’s self-titled record their creative output and legendary live shows have been second to none.

Dub/Dance pioneers Zion Train celebrate their 30th anniversary (and three decades at the top of the genre) in 2018.  The band were heavily involved in alternative and DIY underground culture in the UK during the 1990s as well as being purveyors of the finest Roots Reggae music throughout this period. They promoted the practice of dynamic onstage dub mixing which they perform alongside acoustic instruments and vocalists.

Lastly the legendary UK band Membranes join A Beautiful Day Out at Castlefield Bowl alongside a 20 piece choir!  The band who were at the forefront of a reshaping of rock music, helmed by John Robb, are currently working on a new album which is due for release later this year.

When to Levellers perform at Sounds of the City at Castlefield Bowl?

Levellers headline A Beautiful Day at Castlefield Bowl as part of Sounds of the City on Sunday 1 July.