Sounds from the Other City 2018 – Full line up announced!

The full line up has now been announced for the 14th edition of Sounds from the Other City, coming in May 2018.  SFTOC has teamed up with some of the North West’s finest independent promotors, club nights and platforms to deliver a snapshot of the 2018 scene, taking over Salford’s historic Chapel Street area.

Cardiff’s Boy Azooga (“a bit like Foals doing a conga.” –Q), and a full live band show from Tru Thoughts’ Werkha, nestle beside box-fresh new sounds from the chilled out guitar-fuzz of 20-year-old Amsterdamer Pip Blom and the must-see pop of Bolton biro basher, and Radio 1 favourite, Chrystal, while the heavier end of the noise spectrum is represented by psychedelic supergroup, Luminous Bodies, and dancing wall of sound, Cattle.

This year’s festival also features a specially-commissioned world premiere of a brand new audio-visual collaboration between contemporary composer Laura Bowler and visual artist Rachel Goodyear, performed with a chamber ensemble of musicians from the BBC Philharmonic at the majestic Salford Cathedral.

So, who will be playing at Sounds from the Other City 2018?

Amongst the 100 plus acts performing at Sounds from the Other City 2018 are:

Possibly the most hyped band on this year’s roster, Goat Girl are whip-smart, politicised young Londoners breaking into the big time. They’ve supported the likes of the Fall and Marika Hackman– and their debut album is due out on Rough Trade in April 2018.  Performing on the Now Wave stage at Unit 5 Regent Trading Estate

Dance music producer and head of respected experimental label Presto!?, Lorenzo Senni signed to Warp in 2016. His deconstructions of the sounds of the 1990s rave scene, takes the “build-up” as a starting point for something altogether more introspective. Via Presto!? Records, he has released albums by DJ Stingray, Florian Hecker and Evol and has collaborated on scores with the Royal National Ballet dancers and with film director Yuri Ancarani.  Performing on the Grey Lantern at Hotbed Press basement

Liverpool newcomer (and architect), XamVolo, creates impressionistic reimaginings of neo-soul, jazz and pop. In the last 12 months, the 23-year-old artist has gained comparisons to D’Angelo and Anderson Paak, played a sold-out London show and secured a slot at Glastonbury. He’s on the cusp of releasing his debut album (on Decca Records) and supports Paloma Faith on her UK stadium tour in March 2018. Performing on the Band on the Wall stage at Five Four Studio 1

“Composer, performer and provocatrice” Laura Bowler teams up with acclaimed Mancunian visual artist Rachel Goodyear, to create a brand new audio-visual collaboration that takes its starting point from the women’s suffrage movement and the centenary of some women’s right to vote in the UK. Developed over a three-month period, with support from Salford’s iconic Working Class Movement Library, the piece, performed with a chamber ensemble of musicians from BBC Philharmonic, will debut at Salford Cathedral. Performing at Salford Cathedral

Glasgow-based Mancunian Werkha (Tom A. Leah) has a singular portfolio which includes live instrumentation, band arrangement, electronic production, DJ and remix work. Characterised by an infectious energy and curiosity, his music draws on classic jazz and soul, West African percussion, Chinese guzhengs as well as the sounds of the two cities he calls home. He’ll perform a full live band set. Performing on the Band on the Wall stage at Five Four Studio 1 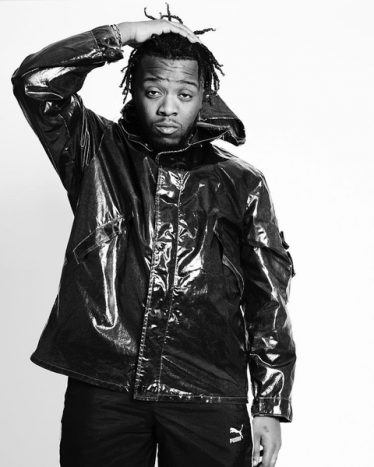 Sleazy F will perform at SFTOC 2018

Rusholme’s Sleazy F’s early adoption of the trap sound cemented him as the pioneer of Manchester’s new aesthetic. Choice moments include 2017 single, Let it Go and the recent Drip, featuring one of last year’s SFTOC highlights, IAMDDB. Returning to SFTOC for a 2nd year in a row, he’ll perform only his 2nd ever outing of DRIPSET, with live drums, keys and electronics. Performing on the Tru Luv at Five Four Studio 2 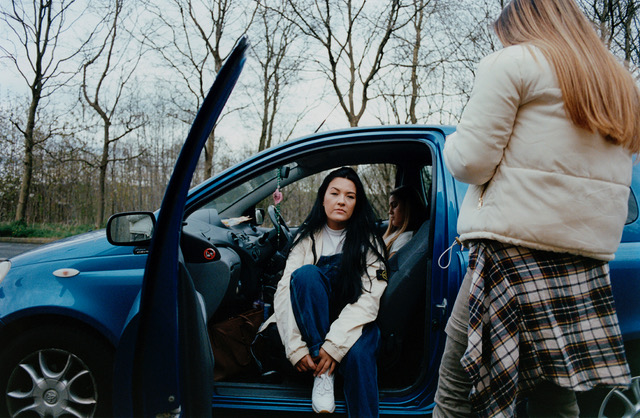 Chrystal will perform at Sounds from the Other City 2018

Bolton-born singer Chrystal quit a career in law to pursue music following the runaway success of her debut drop Waves. Packed with spiky observations that draw immediate comparisons to Lily Allen and Katy B. Performing on the Tru Luv stage at Five Four Studio 2

Anni Rossi is a multi-instrumentalist, songwriter and producer based in Brooklyn.   Her repertoire includes strumming her one-of-a-kind electric viola-guitar (crafted out of a treebranch by Thor Harris of Swans), composing music for Berlin Sun Theater at The Whitney Museum, euphonious pop harmonizing, dirty Aaliyah-inspired RnB jams and working with producer Steve Albini. Performing for Comfortable on a Tightrope at Five Four Loft Space

When childhood dreams of competing in the Eurovision Song Contest never quite came to fruition, Pip Blom nurtured a lifelong love of Blur and The Breeders leading to her honing a sweetly scuzzy indie-pop sound. Recent months has seen her gain fans in the form of BBC Radio 1’s Huw Stephens and BBC 6Music’s Steve Lamacq. Performing for Strange Days upstairs at The Old Pint Pot

Cardiff-based Boy Azooga described their debut single as an homage to William Oneyeabor. Q magazine says they sound “like Foals doing a conga.” Two of our favourite things and certainly not ones not to miss. Performing for Heavenly Recordings at Unit 2 Regent Trading Estate

This Manchester-grown seven piece showcase a deceptively minimalist sound, but DUDS are the apex where competing sonic influences converge with a nervous creative energy to form something really quite special. Performing for Bound x Sounds upstairs at Hotbed Press

Where and when does Sounds from the Other City 2018 take place?