In Review: Sounds from the Other City 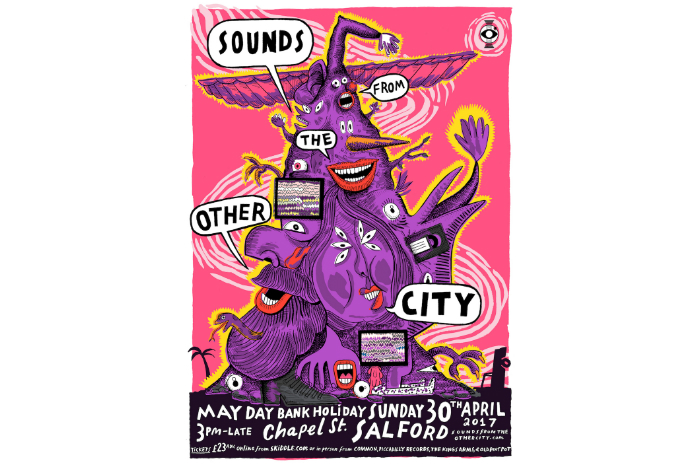 Sounds from the Other City is the kind of festival which makes you want to clone yourself – there’s so much going on you would need nine  of yourselves to catch everything you want to see.

Now in its 13th year, Sounds from the Other City is pretty much a law unto itself.  It defies the traditional and instead offers edgy, upcoming bands, artists and DJs in all manner of venues – pubs, pop-up tents, industrial mills, warehouses on trading estates and even a couple of churches.  There’s also all manner of variety – juxtaposing musical styles, visual exhibitions, dance and even the BBC Philharmonic.

The phrase there’s something for everyone is bandied around all too often.  With Sounds from the Other City, it just may be true.

After collecting a wristband from the already bustling Islington Mill at the very start of the day I take another glance at the programme and map.  I throw my plans out of the window as I change my mind again about who I want to see and how much I can realistically cram in.  The curators of individual stages include the likes of Now Wave, Heavenly Recordings, Sham Bodie, Eastern Bloc, Bad Uncle and Hey! Manchester – they have all put together outstanding bills.  I decide on a mixture of old favourites, the hotly tipped who I’ve not yet managed to catch, some who I know realistically won’t be playing on our doorstep again so soon and a lucky-dip (I’ll just head into a venue not knowing who is playing and see what’s happening). 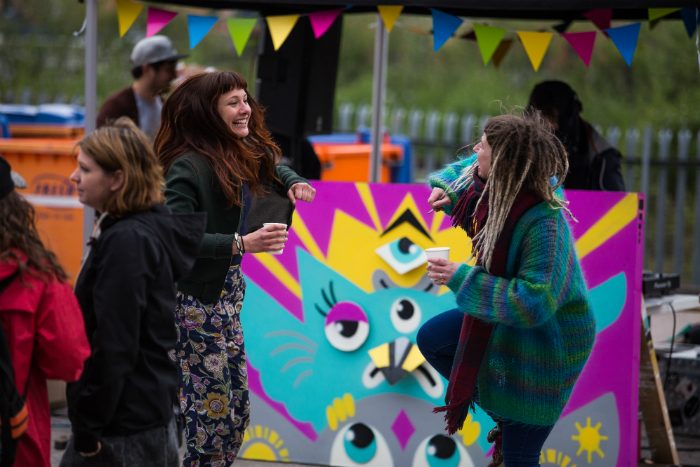 Sounds from the Other City – image courtesy Jody Hartley

Amongst my ‘old favourites’ are the not-so-old The Orielles.  I’ve caught them a few times before and approach the gig safe in the knowledge that they will put on a good show – they don’t disappoint.   But before I get in to the venue, I notice guitarist Henry Wade stood outside chatting casually with fans.  This forces me to recall a comment somebody had made a few days earlier about SFTOC – “it’s for people far cooler than me” – I laugh to myself as it really is the most laid back atmosphere you could imagine.  The Orielles are playing at The Old Pint Pot on a stage presented by Heavenly Recordings and their popularity has certainly soared – the venue is packed to the rafters, quickly reaching full capacity.  The crowd is as diverse as you can imagine – plenty of students, tourists who have managed to get tickets, music fans who have clearly been coming to Sounds from the Other City from its debut.  The Orielles perform the likes of Sugar Tastes Like Salt, Jobin and Joey Says We Got It as the now one-out-one-in crowd nod and cheer their approval for their indie-surf-pop sounds. 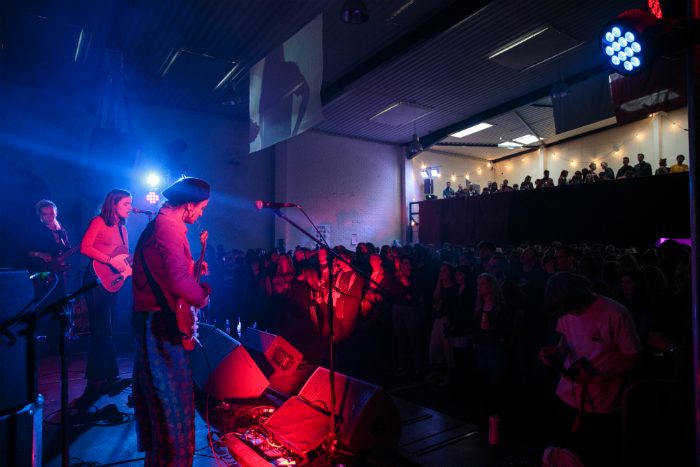 One of the acts I’m determined to catch are Goat Girl.  We’ve been hearing tales of how they are the brightest indie hope to come out of London in quite some time.  It’s a quick dash from The Old Pint Pot over to Unit 5 on the Regent Trading Estate, where the line-up has been curated by Now Wave.  Surprisingly this venue isn’t quite as full as expected, albeit that there is still a decent crowd.  Surely the word about Goat Girl has got out there?  Of course it has, it’s just that there are so many excellent acts playing.  Nevertheless, their set quickly and easily displays why they are so highly tipped.  The fans seem to love it, and rightly so.  Goat Girl are just one of the number of excellent acts Now Wave have enlisted for the stage – HMLTD, Luxury Death and Plastic Mermaids amongst an excellent line-up.

On my “I will catch this act no matter what” list is Fazerdaze.  The New Zealand native also known as Amelia Murray last performed in Manchester supporting Big Deal at Soup Kitchen and left a great impression.  This time she is bringing her indie-pop to Hey! Manchester’s St Philips Church stage (the stage also hosts the excellent Hannah Peel and Tom Williams that day).  She is certainly as good as I recall and has the crowd completely hooked as she performs a number of tracks from her outstanding upcoming album Morningside (due out this Friday – don’t miss it!) and her self-titled debut EP.  As expected from the opener Reel through to set-closer Last To Sleep, it’s excellent and she also lovely to talk to after the set too.

There’s still plenty more to come from Sounds from the Other City.  More bands, more DJ sets, and that’s not to mention the afterparties but I’m already wondering how they can possibly top this next year – I’m sure they will find a way!