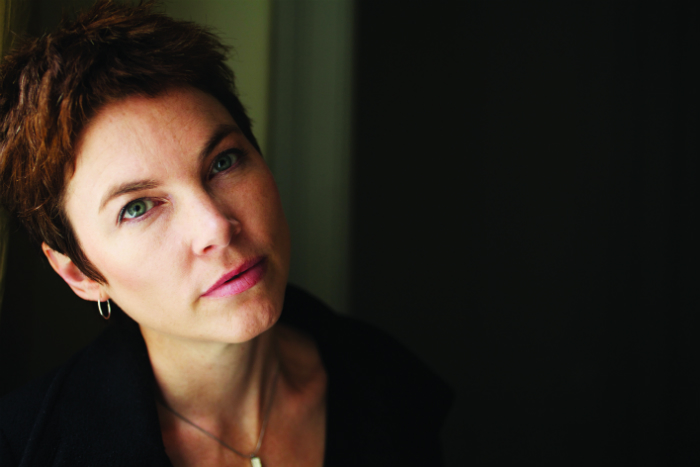 One of the most remarkable musicians around, Emily Maguire, comes to Gullivers Manchester next week, one of a number of gigs she has lined up over the next few months.

The singer, songwriter, composer, poet and multi-instrumentalist has one of the most fascinating stories in music, fighting health-struggles to recorded multiple albums.

Classically trained as a child on piano, cello, flute and recorder, Emily taught herself guitar aged 21 when she found herself stuck at home with fibromyalgia pain syndrome.  “I started writing songs and the illness suddenly became a complete blessing in disguise as I had all this time on my hands to write”, she says.

Back on her feet again and fed up with grey skies and concrete, Emily gave up her flat in London for a shack made out of recycled wood, tin and potato sacks on a goat farm in the Australian bush.  Together with Aussie bass player and producer Christian Dunham, she financed her first two albums by making and selling goats cheese.  “Living in the shack was one of the happiest times of my life.  And despite being a terrible cook, I was actually a very good cheesemaker”, she says.

Emily and Christian returned from Australia in 2007 to tour with American legend Don McLean, playing all the major UK concert halls including the Royal Albert Hall.  Her third album ‘Believer’, released in 2009, received regular airplay on Radio 2 and won rave reviews in the music press, Maverick Magazine hailing it “a masterpiece”.  Greenpeace used her song ‘Woke Up’ for their climate change campaign.

Emily hid her struggles with bipolar disorder until she published her first book ‘Start Over Again’.  Launched on Radio 2 on World Mental Health Day in 2010, it generated a huge response from listeners moved by Emily’s openness and willingness to share her experiences of psychosis and depression.

In 2014 an intensive tour of Germany triggered chronic tennis elbow in Emily’s arms, leaving her unable to play her instruments for 18 months.  Devastated, she suffered a deep depression that lasted a year.  “My fans were a life-saver”, she says.  “I’d get these amazing messages telling me that there was a point to all this, that my songs were really appreciated and they wanted me to come back”.

In 2017, recovered again, Emily released her hauntingly beautiful fifth album ‘A Bit Of Blue’ (produced by Nigel Butler) to critical acclaim in the music press.  She published a collection of poetry, prose and song lyrics called ‘Notes From The North Pole’, and sang live on Radio 2, talking to Clare Balding about her music, mental health and Buddhist faith.

Together with Christian, Emily has been touring again and entrancing audiences wherever she goes.  “I am just so happy to be out there again, performing”, she says.  “Music to me is all about uplifting, comforting and inspiring the people listening.  That’s all I want to do”.

Emily has done many gigs in mental health hospitals and is a patron of the UK mental health charity Restore.  She was invited to perform at the World Congress of Psychiatry in Berlin in 2017 and will be touring Germany as well as the UK in 2018.  Just back from recording in Australia for her sixth album, she says, “I can’t wait to be touring again.  I’m looking forward to playing some of the new songs that will be on my next album”.

Where and when does Emily Maguire perform in Manchester?