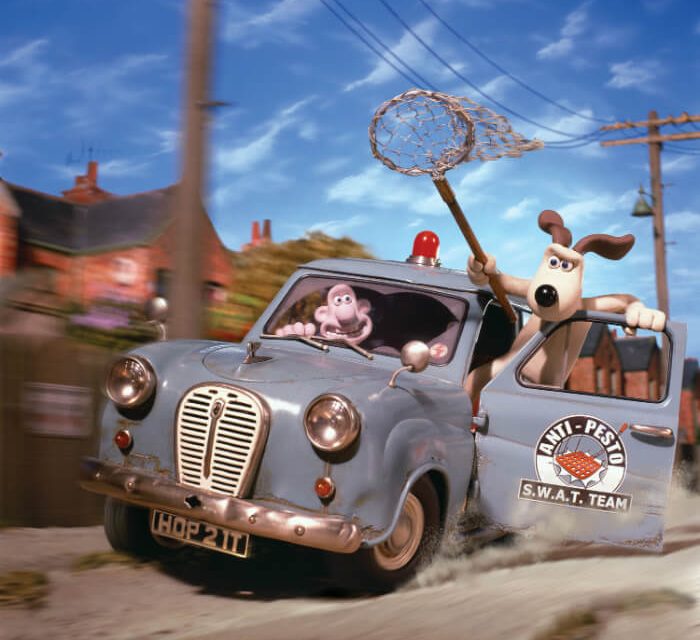 Manchester Animation Festival is set to open at HOME Manchester.  The three-day festival celebrates animation in all its forms.

Now in its fourth year, Manchester Animation Festival has become the largest animation festival in the UK.  It features a packed programme of animated shorts, feature films, retrospective screenings, workshops, networking events, panel discussions, screen talks and masterclasses.  Not to meantion the Film Awards, celebrating some of the best animated short films from around the world as well as commissioned films and student films.

Manchester Animation Festival is also set to host premieres including A Man Is Dead, Funan and Virus Tropical with an exclusive preview screening of This Magnificent Cake! followed by a Q&A with director Marc James Roels.

In the run up to Manchester Animation festival there will also be a special Family Day on Sunday.  Children and families are invited for a day of animated fun including Short Films for Children, a collection of the best in animated shorts from around the world, whilst Scratch ‘n Sniff Cinema presents Wallace and Gromit: The Curse of the Were-Rabbit.

There’s also a plenty of events and exhibitions.  Meet The Trampires is a chance to see the puppet stars of Chuck Steel’s Night of the Trampires and ask questions from the film’s experts.  Coming soon to your screen (9 November 2018 to 6 January 2019) is a new site responsive work from Darren Nixon, where over the course of eight weeks the exhibition space will be transformed into a slow-moving wall drawing in two parts. The movement of the wall drawing over the exhibition’s duration will become the basis of a short animated film that will be screened before the main cinema features at HOME as part of Push Festival in January 2019.  And returning for 2018, Skwigly’s hugely popular quiz challenges festival goers on their animation knowledge.

What’s on at Manchester Animation Festival?

The full Manchester Animation Festival is available at the festival website.

Highlights of Manchester Animation Festival include:

A MAN IS DEAD
Tuesday 13 November 20:10
Approx Runtime: 110mins
Cert: TBA
£9/£7
Brest, 1950. The city is in midst of post-war re-construction. Workers are on strike calling in vain for higher wages. P’tit Zef, Edouard, Désiré and Paulette are four friends, all factory workers. Like everyone else in Brest, they take part in the demonstrations organized by the labour union when the situation suddenly becomes quite violent. The police shoot into the crowd and a bullet hits Edouard smack in the forehead. The labour union calls upon the filmmaker René Vautier to film the events. P’tit Zef and Désiré accompany Vautier throught the devastated city. Having at his side a man whose only weapon is a camera, P’tit Zef is consumed with anger. He wants revenge for the death of his friend.

FUNAN
Wednesday 14 November 19:05; Thrusday 15 November 20:20
Approx Runtime: 84mins
Cert: 15
£9/£7
Winner of the Feature Film Cristal at Annecy Animation Festival, Funan is the incredibly powerful story of a young woman who must learn how to stand up for herself, survive in the regime of the Khmer Rouge and find her son who was kidnapped during their forced exile from Phnom Penh. 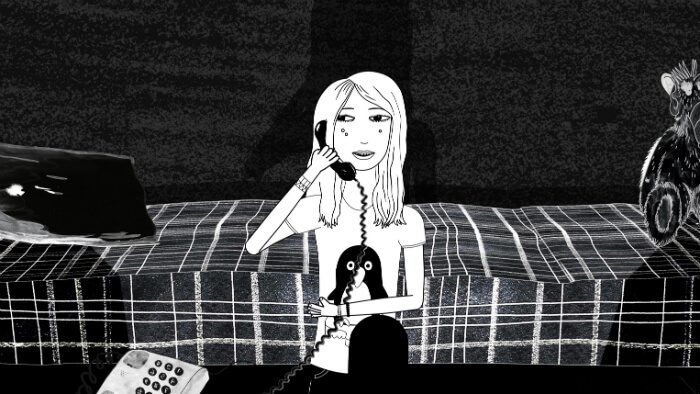 VIRUS TROPICAL
Wednesday 14 November 20:40
Approx Runtime: 97mins
Cert: 15
£9/£7
Adapted from the graphic novel memoir by Colombian-Ecuadorian cartoonist Powerpaola, Virus Tropical is a coming-of-age story from a girl’s perspective. Born in a not-so-conventional family, Paola grows up between Ecuador and Colombia and finds herself unable to fit in any mold. With a unique feminine vision of the world, she will have to fight against prejudice and struggle for her independence while her universe is struck by a series of crises.

THIS MAGNIFICENT CAKE! + Q&A
Tuesday 13 November 16:45
Approx Runtime: 75mins
Cert: 15
£9/£7
From the creators of festival favourite Oh Willy… comes an anthology about the colonisation of Africa at the end of the 19th century. It is divided into five tales which present a perturbed king, a pygmy working in a luxury hotel, a ruined businessman, a lost porter, and a young deserter.
Co-director Marc James Roels who will appear for a Q&A after the film. Marc James Roels is both an animation and live-action director, making award winning shorts Mompelaar in 2007 and A Gentle Creature in 2010.

AARDMAN: AN EPIC JOURNEY – BOOK SIGNING
Thursday 15 November 15:15
Aardman co-founders Peter Lord and David Sproxton will be signing their brand new autobiography Aardman: An Epic Journey (Published by Simon & Schuster) on the day of its release Thursday 15 November at 15:15 as part of the MAF Market in the Event Space at HOME Manchester.

BARRY PURVES RETROSPECTIVE
Wednesday 14 November 18:10
Approx Runtime: 75mins
Cert: TBC
£9/£7
After a career spanning 40 years, Barry’s selections of his own work played back to back. These internationally acclaimed films are the director’s personal favourites and all display all the wit and ingenuity of one of the UK’s best loved animators.

ISLE OF DOGS
Thursday 15 November 18:10
Approx Runtime: 101mins
Cert: PG
£9/£7
Isle of Dogs tells the story of Atari Kobayashi, the 12-year-old ward to corrupt Mayor Kobayashi. When, by Executive Decree, all the canine pets of Megasaki City are exiled to a vast garbage-dump called Trash Island, Atari sets off alone across the river in search of his bodyguard-dog, Spots. There, with the assistance of a pack of newly found mongrel friends, he begins an epic journey. Wes Anderson’s return to stop motion animation is a visual treat and will captivate viewers of all ages.

SMALLFILMS STORIES
Wednesday 14 November 15:30
Approx Runtime: 75mins
£9/£7
Ivor the Engine, The Clangers, Bagpuss – just three of the shows that defined a generation and filled childhood with wit and wonder were the work of Oliver Postgate and Peter Firmin, two extraordinary pioneers of animated television who worked under the name of Smallfilms. The warmth of Postgate’s narrative coupled with the craft of Firmin’s designs, created timeless television from the ‘out buildings on Firmin’s farm in Kent. In an age before industrially produced television series, Smallfilms helped define all British children’s animated television that followed it. Join a panel of experts to pay a visit to all those creative wonderlands that the studio created.
Daniel Postgate is the son of the filmmaker Oliver Postgate. He started his career as a cartoonist and strip cartoonist for The Sunday Times, The Radio Times and Loot and produced a syndicated ‘fact cartoon’ – Did You Know? He has written and illustrated over fifty children’s books, has won the Nottingham and Norfolk Children’s book awards and was shortlisted for the Stockport and Sheffield Children’s book awards.
Dr Chris Pallant, Canterbury Christ Church University, is the author of Demystifying Disney (2011), Storyboarding: A Critical History (2015) and editor of Animated Landscapes: History, Form and Function (2015).

SMALLFILMS ON THE BIG SCREEN
Wednesday 14 November 14:10
Approx Runtime: 60mins
Cert: U
£9/£7
A selection of Smallfilms classics. Filmed in ‘out buildings on Firmin’s farm in Kent and enjoyed by children and adults across the nation, this selection of films represents some of British televisions most beloved characters and stories.

MEET THE TRAMPIRES
Tuesday 13 November 13:00
Approx Runtime: 120mins
£9/£7
Straight outta the eighties the puppet stars of Chuck Steel: Night of the Trampires will be on display at Manchester Animation Festival. See the puppets in person and pose your questions to the experts in this unique meet and greet opportunity.
Mike Mort is a Director, Writer and Producer with over 25 years’ experience in the Animation industry.
Mike has created some of the most iconic stop motion commercials, title sequences, series work and short films earning multiple BAFTAs and many other prestigious awards. In 2017, Mike completed his debut feature film Chuck Steel: Night of the Trampires, a passion project based on a character created during his school days. The $20,000,000 animated feature was filmed at Animortal Studio, a state of the art stop motion studio in South Wales which Mike co-founded in 2014.