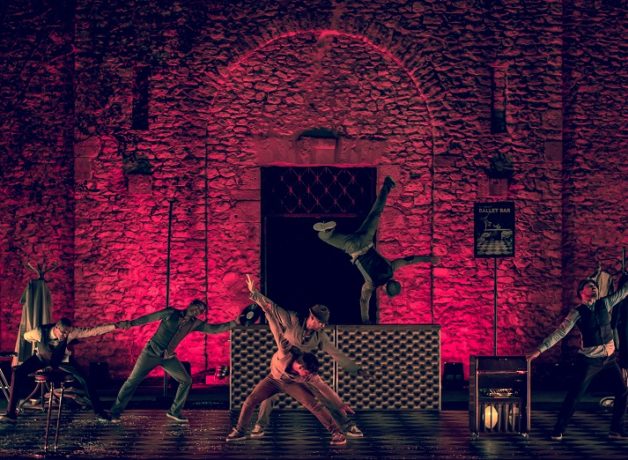 Home Manchester will host the France Now season in its Theatre 2 Space.  The season follows the success of previous Berlin Now and Cuba Now runs.

France Now will celebrate thrilling, emerging work from France, inviting three young companies to take a close-up look at life on the other side of the Channel.  France Now will feature three contrasting performances highlighting the charms and challenges of life in France.

Ballet Bar (pictured above) is the hit show from Off Avignon Festival in France, featuring a company of six hip-hop dancers who mix mime, physical comedy, acrobatics and a century of dance styles inspired by Calypso, Charleston, Tango and Electro. Charming play for all ages J’ai Trop Peur (I’m So Scared), written and directed by David Lescot, is a heart-warming, adolescent drama about the challenges of friendship, school and growing up. It was commissioned by the Theatre de la Ville and has toured extensively throughout France.

Concluding the season is Submission, a newly commissioned adaptation, directed by Teuknie. Written by Michel Houellebecq, France’s best-selling controversial author, it imagines a France of the near future under Islamic rule following the election of a Muslim president. This provocative, clever and mischievous piece, performed as a Scratch Performance, offers a profound reflection and satire on the lack of faith and meaning in western society.

France Now will accompany the run of The Maids at Home Manchester.

When does the France Now season run at Home Manchester?

France now runs from Tuesday 27 November until Saturday 1 December 2018.   The season is sponsored by the Institut Français du Royaume Uni as part of the En Scène! Programme – helping to present work across Greater Manchester by some of France’s leading artists covering all spectrums of performing arts.