Previewed: The Americans at the Albert Hall 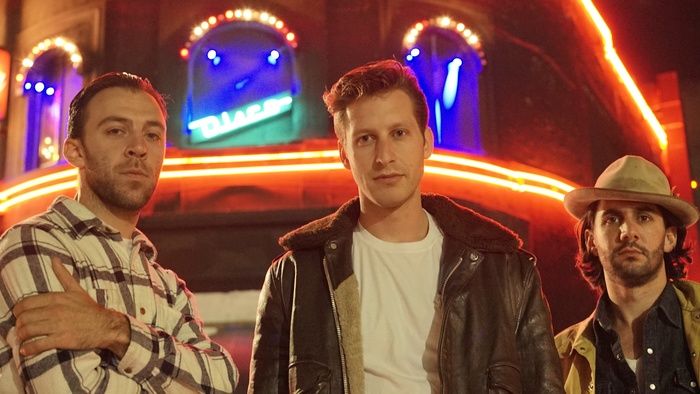 LA outfit The Americans perform at Manchester’s Albert Hall next week supporting St Paul and the Broken Bones on their European tour.

The Americans have also supported the likes of Eric Clapton and The Gipsy Kinds earlier this summer.  The well connected quartet have previously performed as a backing band for Nick Cave, Devendra Banhart and many others.  Now they bringing the vintage rock’n’roll vibes of their debut album I’ll Be Yours to the UK.

The Americans released their debut album I’ll Be Yours via Loose last year to critical acclaim.  The group started out as a roots band, heavily influenced by pre-war American country and blues.  They have since evolved into a combination of these influences, infused with a rock’n’roll attitude.

The Americans were plucked from obscurity by Jack White, T Bone Burnett and Robert Redford to appear in the PBS/BBC4 series American Epic.   The show featured artists such as Beck, Elton John, Nas, Willie Nelson, Alabama Shakes and many more, reconstructing the story of the first American music in the 1920s and re-assembled the recording apparatus that was used at the time. As experts in early music, The Americans were invited in to figure out the equipment and make the first recordings. Once the sessions were underway, they functioned as the house band, backing up various artists.  They also suggested songs to the filmmakers. Burnett was quoted as saying, “The Americans are part of this group, these genius 21st century musicians, that are reinventing American heritage music for this century. And it sounds even better this century.”

When do The Americans perform at Manchester’s Albert Hall?

The Americans support St Paul and the Broken Bones at the Albert Hall, Manchester, on 15 November 2018.