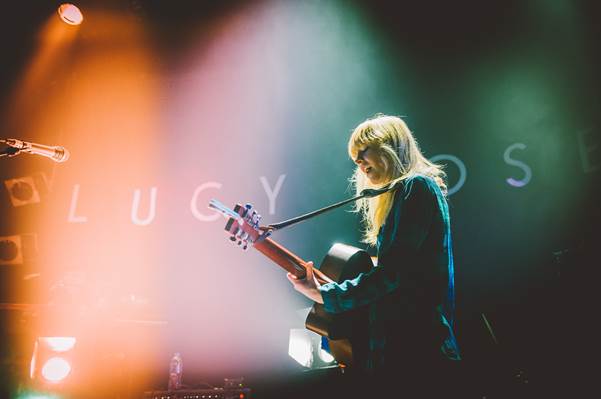 Lucy Rose has announced a return to Manchester with a gig at the Royal Northern College of Music following the release of her third album Something’s Changing.

The 20-date headline run follows her current Worldwide Cinema Tour and sees the British folk artist performing dates throughout the UK and Ireland in November 2017.

Something’s Changing is accompanied by a stunning short documentary, acting as a fly-on-the-wall account of Lucy’s debut tour of Latin America last year. The trip, organised independently by Lucy with the help of her Latin American fans, became a huge inspiration for the record and the film is an intimate account of how it all came together.  The trip saw Lucy teaming up with fans to put on gigs in unexpected places, something we chatted to Lucy Rose about when she played at the Albert Hall last year.

Lucy previewed the new record with a full tent at Glastonbury last month, and will hit the main stage at Latitude and Longitude festivals later this month. A short run of dates in the US and Canada follows in October.

Where and when does Lucy Rose play in Manchester?

When do tickets for Lucy Rose performing at Manchester’s RNCM go on sale?

Tickets for Lucy Rose at Manchester’s Royal Northern College of Music go on sale at 9am on Friday 14 July.