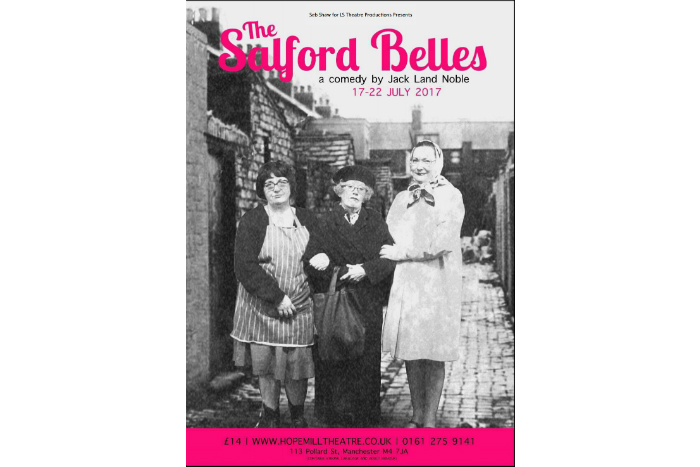 Salford Belles has it’s Manchester premiere run from 17 to 22 July at Hope Mill Theatre as part of the Greater Manchester Fringe.

What is Salford Belles about?

Living on the breadline in the backstreets of Salford, Greater Manchester, was never destined to be glamorous – but after a lifetime of cooking, cleaning, caring and conspiring, Queenie, Mary and Martha are at their wits’ end.  They yearn for change – but at what cost?

Salford Belles is a dark comic soap opera, which takes a peak behind closed doors.  The play was first staged as ‘The Barnsley Belles’ by The Yorkshireman Company at The Lamproom Theatre, Barnsley in July 2013 and subsequently revived by The Lamproom Theatre Company in October 2016.

Who is appearing in Salford Belles?

Alison Carlin trained in media at Salford University and has credits including Nell in Cleft Lip with One Day Films and appeared as Janine in The Agency at 53Two Theatre.

Sophie Ellicot graduated from ALRA South in 2001 and has credits including Mrs Fezziwig in A Christmas Carol (Oldham Theatre Workshop Professional Company); Rose in Di and Viv and Rose; Coronation Street; and Renaissance Body (Swan Theatre).

Since training at The American Academy of Dramatic Arts in New York, Sarah Maher has landed roles including Lysander in Northern Rep’s A Midsummer Nights Dream and Jane in Welcome to Paradise Road.

Also appearing in Salford Belles are Joshua Lewindon, who trained at the Italia Conti Academy and has credits including Robbie in Soho Cinders (Union Theatre); Dimitri in Tracks (Hope Mill Theatre) and Young Frank in Dorothy (Waterloo East Theatre); as well as Sebastian Shaw who appears as Leonard.  Sebastian trained a tthe Manchester School of Acting as has appeared as Adam in Ackley Bridge (Channel 4); Bobbie in Emmerdale (ITV) and Johnny in Ordinary Lies (BBC).

Where and when is Salford Belles performed in Manchester? 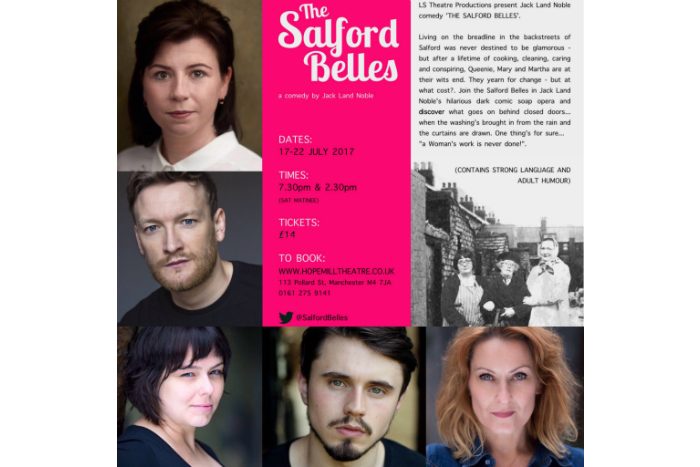