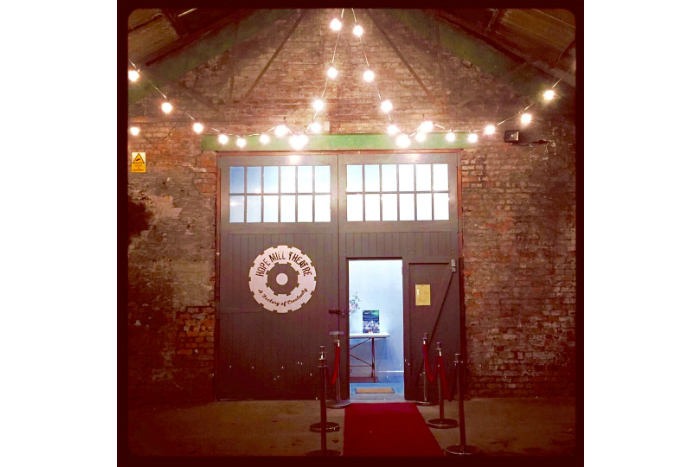 A partnership between a leading London-based theatre production company and one of Manchester’s newest arts venues have announced a hat-trick of shows for 2017.

Aria Entertainment, the theatrical production company headed up by Manchester-born Producer and Company Director Katy Lipson first joined forces with Hope Mill Theatre, based in Ancoats, back in January 2016 to spearhead the venue as a platform to showcase, revive and bring new musical theatre to the North.

Following the success of the first musical in their partnership, Parade, Aria Entertainment will now present a further three productions, strengthening their collaboration with Hope Mill Theatre – Yank!; The Stationmaster; and Little Women.

The 120-seat Hope Mill Theatre opened in December 2015, located in the Grade II Listed Hope Mill. The theatre is the brainchild of Joseph Houston and William Whelton who, after a career in theatre and living in London, were inspired by the highly regarded Off-West End Theatres and wanted to replicate it by forming a creative hub in Manchester. The five-storey mill is also home to writers, artists and designers.

Yank! will make its UK premiere Yank! in Manchester following a successful Off-Broadway run. Yank! is a World War Two love story, with the book and lyrics by David Zellnik and music by his brother Joseph, telling the story of Stu, a scared mid-western youngster who is called up in 1943. He becomes a photographer for Yank Magazine, the journal ‘for and by the servicemen’. With a score that pays homage to the timeless music of the 1940s, the musical explores what it means to be a man, and what it is to fall in love and struggle.

The Stationmaster, directed by Bronagh Lagan, will run from 7 September to 30 September 2017. The musical is inspired by Horvath’s Judgment Day, translated by Christopher Hampton with a book by Susannah Pearse and Music and Lyrics by Tim Connor. Set in a small town in the Lake District in 1958, railway stationmaster Thomas Price is the pillar of his local community. But when a young woman unexpectedly arrives on the platform, his well-ordered life begins to unravel.

Little Women will run from 9 November to 9 December 2017. This is the UK premiere of the Broadway musical which starred Sutton Foster who was nominated for a Tony Award for her performance. The musical originates from the book by Allan Knee, with lyrics by Mindi Dickstein and music by Jason Howland. Based on Louisa May Alcott’s classic 1869 semi-autobiographical novel, Little Women follows the adventures of the March sisters Jo, Meg, Beth and Amy. Jo is trying to sell her stories for publication, but the publishers are not interested – her friend Professor Bhaer, tells her that she has to do better and write more from herself. Begrudgingly taking this advice, Jo weaves the story of herself and her sisters and their experience growing up in Civil War America.

Aria Entertainment’s Producer and Company Director Katy Lipson commented: “I am absolutely delighted to announce our 2017 season at Hope Mill Theatre, Manchester. I am also excited to be on-board as resident producer on all in-house musical productions and to lead our vision on producing exclusively musical theatre with a focus on new musicals. We hope through our productions of Yank!, The Stationmaster and Little Women, we can bring even more audiences into the theatre to discover the intimacy and wonderful work we are investing in.”

Joseph Houston, Artistic Director of Hope Mill Theatre, added: “We are absolutely thrilled to announce our 2017 season of musicals in collaboration with our resident producer Katy Lipson. All three titles are extremely exciting not only for Hope Mill Theatre – but for the musical theatre industry. Staging the UK premiere of two exciting shows such as the Off-Broadway musical Yank! and Broadway hit Little Women solidifies the theatre’s vision for producing never been seen before works and, the staging of new British musical The Stationmaster, we show our commitment to supporting new British musicals. These titles are sure to cement Manchester and the North’s position as a key driving force in musical theatre.”