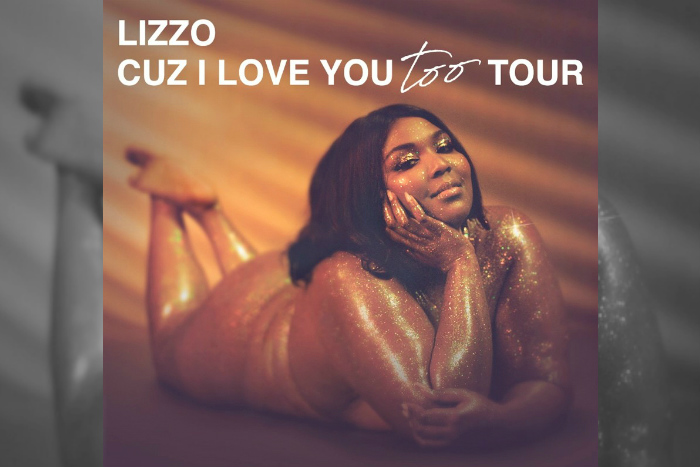 Lizzo has announced her ‘Cuz I Love You Too‘ European tour, with four UK and Ireland dates including a Manchester gig at the O2 Victoria Warehouse.

Lizzo will perform in nine cities across Europe.

After performing in London, Glasgow and Dublin, Lizzo will close her UK and Ireland dates at Manchester’s O2 Victoria Warehouse in November.

Lizzo to release debut album ahead of Manchester Ritz gig

“This is a way more confident Lizzo who believes in her confidence,” she exclaims. “For the last three years, I’ve been working on myself and learning how to love who I am. There were moments that would’ve completely defeated me when I was younger. Instead, I was able to not just survive, but thrive. This is the person who I truly want to be. It’s a self-filling prophecy ready for the world. I really found my voice. I love it. I love my body. I love talking shit, and it’s what I’m doing.”

She’s quietly worked towards these realisations since the release of her 2016 EP, Coconut Oil, which spawned the tracks Good As Hell, Phone, Water Me, and Truth Hurts.  Building on enthusiastic critical acclaim and a rapidly growing fan base, 2018 represented a high watermark for the Detroit-born and Houston-raised songstress.  She scored a series of successful singles, closed out the year on Time’s 10 Best Songs of 2018, Pitchfork’s 100 Best Songs of 2018, and Paste’s 50 Best Songs of 2018.  In 2019 she introduced the next chapter with Juice. Eighties-style synths, funky guitar and boisterous horns punched through on the first single off her third full-length Cause I Love You.

“I want you to hear my songs and feel a connection to me” she says. “I hope you can apply what I’m saying to your own life and maybe have a better day. Share this experience with me. Celebrate who you are. If I can change the world for the better one song at a time, I’m cool.”

When does Lizzo headline at Manchester Victoria Warehouse?

When do tickets for Lizzo’s UK tour dates go on sale?

Tickets for Lizzo headlining at Manchester’s O2 Victoria Warehouse go on sale at 10am on Friday 12 July.