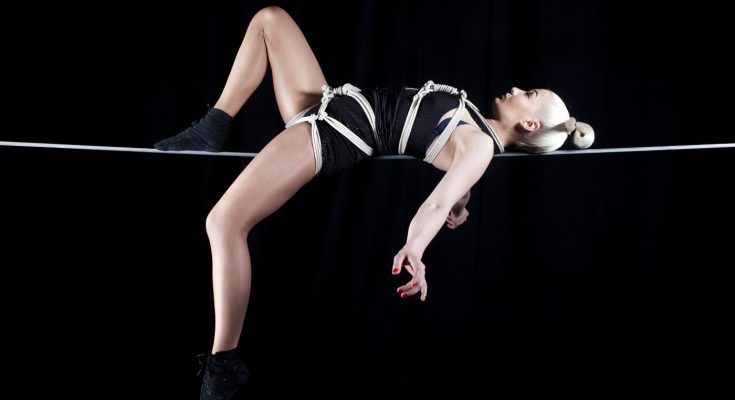 The award winning Waterside is set to be reimagined inside and out as it hosts returning favourites and the best of new talent.

Kicking off on Thursday 18 July is WireDo (pictured) – a daring spectacle of tightwire stunts combined with the Japanese rope art of Shibari.

Acclaimed contemporary folk singer Grace Petrie will also be taking up the musical baton for an intimate gig during Refract:19 with her unique take on life, love and politics.  Manchester based acoustic act Gypsies of Bohemia perform modern pop favourites like you’ve never heard before in the Refract Jazz Club, joined by festival favourite hip-hop artist Professor Elemental. There is plenty more music on offer from Karima Francis, Annabel Allum, Altergaze and Mama Racho.

Refract:19 will see the transformation of Waterside’s traditional theatre spaces into a cabaret and gig venue hosting the very best in live performances during the festival. Comedy fans will be delighted with the arrival of cabaret royalty Frisky and Mannish, complete with their pop PHD and humorous peek down the microscope in their preview of Poplab. Funny bones can also be tickled in a triple-headliner comedy night, brought together especially for Refract:19, with MC Jonathan Mayor, firm favourite Tony Law, rising star Sophie Willan and no-nonsense funny man Alun Cochrane.

As part of Refract:19, Waterside is delighted to announce its brand new Arts Council commissioned series of exciting devised debut theatre work – Making Waves. Kicking off is Catching Comets, by multi-award winning Ransack Theatre – a disaster movie about falling in love, followed by the Roaring Girls with their defiantly feel good show, Beach Body Ready. Come prepared to stick two fingers up to everything that the media said you must look like, or not eat or event where you ought to shave!  Nathaniel Hall also returns to Waterside as part of the line-up on with an exclusive Edinburgh preview of First Time.

Small people will love SLIME – a squishy, squelchy show across Trafford libraries and at Waterside, as well as Our Kids Social’s Silent DisGlo – a special neon edition of their ever-popular silent-disco-meets-arts-and-craft and MiniFest – a kids’ music festival in Waterside’s exclusive Jazz Club!

There will be two outstanding and free outdoor spectacles on the Waterside Plaza for dance lovers. In Adrift, presented by Kapow Dance, this intimate and sensitive dance show fuses narrative with movement. World-class dance and circus company, Motionhouse bring their internationally-renowned dance, acrobatic and aerial production, Captive to wow audiences with a spectacular outdoor sunset performance to close Refract:19.

When does Refract:19 run at Waterside, Sale? 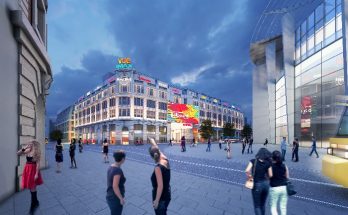 £9m refurbishment of The Printworks gets the go ahead 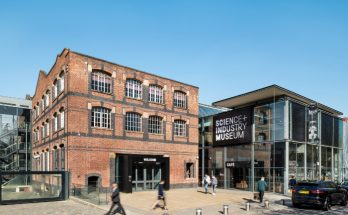 What’s coming up at the Science and Industry Museum for the Easter Holidays?