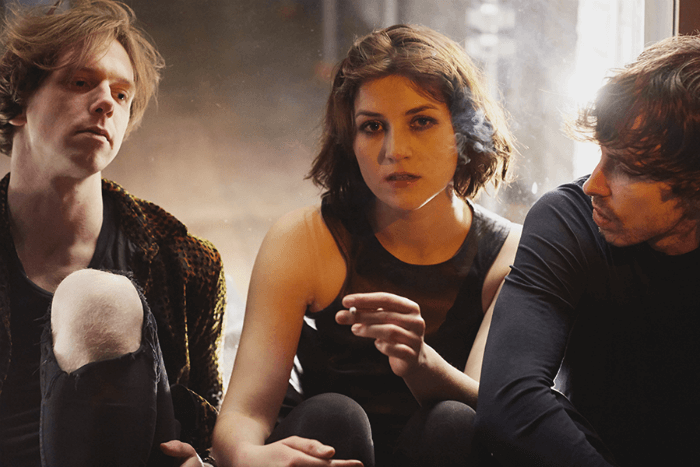 Estrons have returned with their new single Lilac, the first song to be taken from their recent sessions with Alex Newport, ahead of two Manchester dates this Autumn.

Speaking about Lilac, Tali Källström has dedicated the song to an encounter she had with a teenage girl in the early hours of the morning.  “I drove past her crying in the street with her shoes in her hand and so I decided to turn the car around to check on her” she explains, “I’d assumed that she was crying about something superficial and I’d also assumed that the man walking a few feet behind her was trying to take advantage. Turns out the man actually lived on that street and the girl was heartbroken because her dad had just been diagnosed with terminal cancer. We often get things wrong because society leads us to create prejudices on genders; the song is myself reflecting on that. It also celebrates human empathy as the girl I helped was genuinely touched that I’d stopped to check she got home okay. I haven’t seen her since that day – but this one goes out to her, anybody who is going through a difficult time and also to all the people out there who have helped me in a crisis. Someone always cares and you can get through it.”

As well as being named the support for Garbage’s upcoming show at Manchester Academy in September, a venue Garbage performed at to celebrate 25 years of Manchester Academy back in 2015, Estrons are also set to headline at Soup Kitchen in November.

When and where do Estrons perform in Manchester?