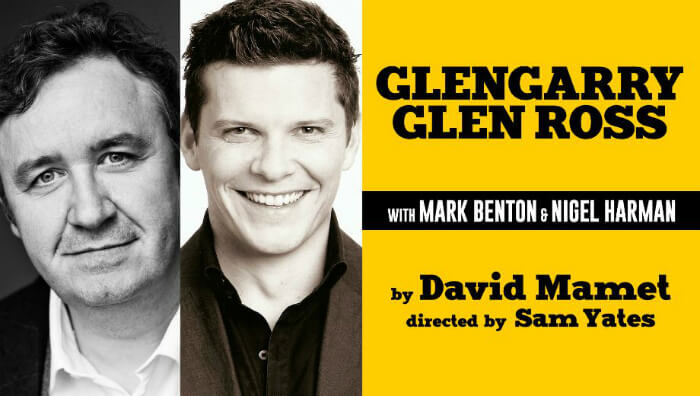 Lies, greed and corruption fall upon Manchester Opera House as the UK tour of Glengarry Glen Ross comes to the city in March 2019.

Set in an office of cut-throat Chicago salesmen. Pitched in a high-stakes competition against each other, four increasingly desperate employees will do anything, legal or otherwise, to sell the most real estate. As time and luck start to run out, the mantra is simple: close the deal and you’ve won a Cadillac; blow the lead and you’re f****d.

After ‘sealing the deal’ with critics and audiences alike during its smash hit West End run, Sam Yates’ unmissable production of one of David Mamet’s greatest and most lauded plays, Glengarry Glen Ross will embark on a nationwide tour from 14 February 2019 opening at the New Victoria Theatre, Woking. The hard-nosed sales team in this darkly funny classic will then visit Birmingham, Manchester, Milton Keynes, Glasgow, Richmond, Brighton and Cardiff with further tour dates to be announced shortly.

Glengarry Glen Ross at Manchester’s Opera House will star Mark Benton (Waterloo Road, Dirty Rotten Scoundrels) as salesman Shelley ‘The Machine’ Leven whilst the ruthless Ricky Roma will be played by the the Olivier Award winning Nigel Harman (EastEnders, A Chorus of Disapproval, Shrek the Musical).

When does Glengarry Glen Ross run at Manchester Opera House?

When do tickets for Glengarry Glen Ross at Manchester Opera House go on sale?