Let It Be coming to Manchester Opera House 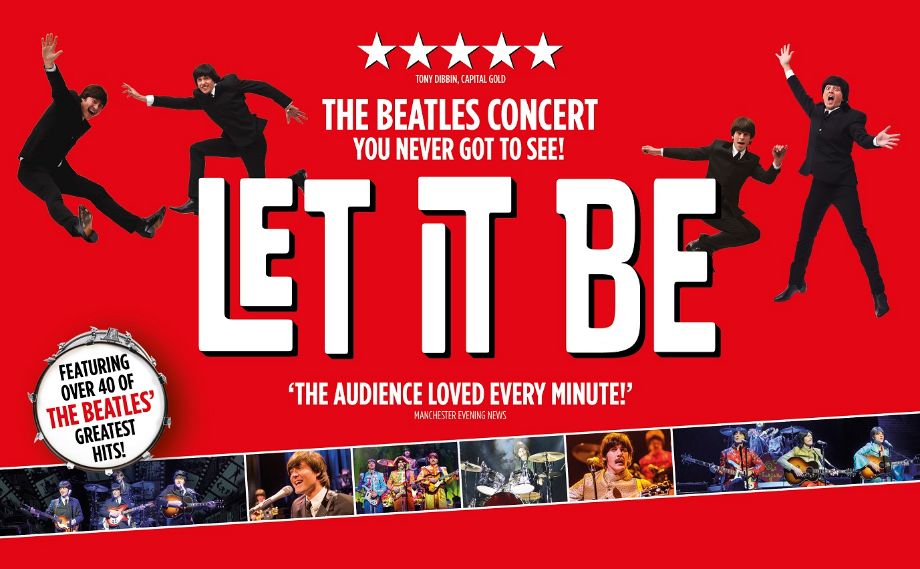 The smash hit show Let It Be is bringing Beatlemania back to Manchester for a an eight show run at Manchester Opera House.

Producers of the acclaimed show, featuring some of The Beatles best loved songs, have announced that Let It Be will be heading to venues across the UK – including Manchester – before once again taking to the world stage.

Let It Be: A Celebration Of The Music Of The Beatles has firmly established itself as a successful West End and international touring show.

And now the smash-hit stage show has been updated and is back on tour, featuring a brand new Let It Be Part II – which has never been seen before in the UK.  Let It Be takes fans on a journey from the early beginnings at the world famous Cavern Club through to the height of Beatlemania.  And now, in a twist, audiences will also witness a Magical Mystery Tour as Part II of Let It Be becomes a brand new segment of the show, giving audience the opportunity to see “The Beatles” reunited for one night only, set a decade after the group went their separate ways.

The new updated version of Let It Be premiers in the UK at Cardiff’s Wales Millennium centre in August before its UK tour comes to Manchester Opera House in October.

Where and when is Let It Be performed in Manchester?

Let It Be enjoys an eight show run at Manchester Opera House from Monday 22 October until Saturday 27 October 2018 (matinee performances on Thursday 25 and Saturday 26 October).  Tickets are priced £17.50 to £38.50.