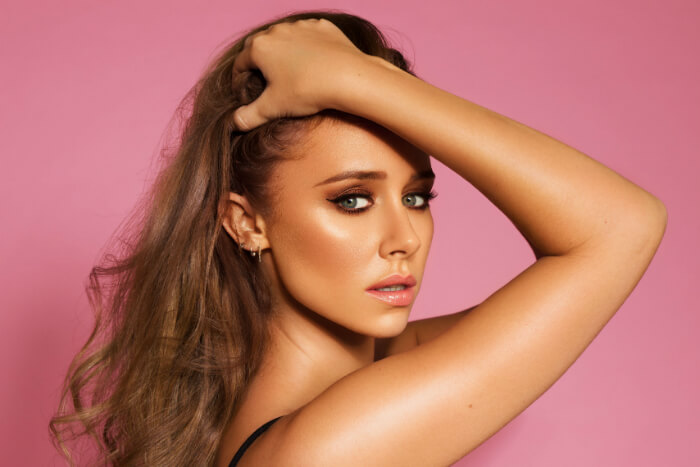 If you’re a country music fan, there’s plenty coming up in Manchester to get excited about.  From up-and-coming acts, through to global stars and festivals there’s bound to be something to get you going.

We’ve picked out a few of our highlights over the next few months:

Having enjoyed huge success with The Saturdays, Una Healy returned to her roots to release her excellent debut solo album The Waiting Game, heavily influenced by country and folk music.  And she’s quickly finding her way to the top again, with support slots for Ward Thomas and appearances at London’s Country2Country music festival, television coverage, collaborations with the likes of Sam Palladio and her now own headline UK tour.

Held just outside of Manchester at Etherow Country Park, Buckle and Boots has quickly become one of the most popular country music festivals on the circuit.  The growth of the festival is reflected in its increasing global appeal, which this years sees acts appearing from the USA, Australia and Sweden alongside homegrown talent.  Buckle and Boots 2018 features a whole host of acts over three days, with our highlights including live-manchester favourites Jenn Bostic (11pm) and Jade Helliwell  (8pm) appearing on the Main Stage on Friday evening; American Denny Strickland (8pm, Main Stage), Gary Quinn (7pm, Main Stage), Emily Faye (12pm, Main Stage), local favourite Izzie Walsh (1.30pm, Main Stage), Robbie Cavanagh (6.20pm, Paddock Stage) and outstanding duo O&O (11.45am, Paddock Stage) performing on Saturday; as well as Curtis Grimes (3pm, Main Stage) and Philippa Hanna (12.45, Main Stage).  Each day will also feature ‘In The Round’ sessions.

Following multiple sell out UK headline tours, American singer songwriters Kate Voegele and Tyler Hilton return to Manchester for a joint gig at Gorilla. Nashville based Kate Voegele swiftly rose to fame after starring as Mia Catalano in ‘One Tree Hill’ and has since gone on to release five full-length albums, including her latest release, 2017’s Shoot This Arrow. Meanwhile Singer/songwriter and actor, Tyler Hilton makes his return to the UK for the first time in two years. Tyler is best known for his role as Chris Keller on the CW hit-show “One Tree Hill”, and for playing Elvis Presley in the Johnny Cash biopic, “Walk The Line.”

The simply incredible duo of guitarists/vocalists/songwriters Sarah Zimmermann and Justin Davis make a welcome return to the UK for a series of gigs including a headline Manchester date at Gorilla.  Whether performing acoustically as a duo or alongside a full band, they simply never fail to leave the audience in awe at their wonderfully crafted songs, excellent vocal abilities and sensational guitar playing.  This is definitely a show to catch for anybody who wants to witness a masterclass.

Aaron Watson returns to the UK on the heels of his most successful album to date, 2017’s Vaquero.  Having played over 2,500 shows in his fifteen-year career as an independent artist, with nearly half a million headline tickets sold in the last 18 months, Watson has made it a priority to tour internationally and visit fans in the UK, Europe and worldwide since his previous record ‘The Underdog’ (2015) struck a chord with audiences overseas.  Watson’s newest release and highly-anticipated album Vaquero launched into the Top 10 on the Billboard 200 Albums chart with his biggest career sales debut to date, and at #2 on the Top Country Albums chart.

After selling out the Deaf Institute a few weeks back and recently releasing her new track Lost In The Middle, Catherine McGrath heads out on her biggest tour to date including a headline Manchester gig at Gorilla.  Hailed as the UK’s answer to Taylor Swift, the 21-year-old looks set to become a huge name on the country music scene and beyond, with performances at British Summer Time and recent appearance at Radio 2’s Biggest Weekend exposing her to a whole new audience of appreciate fans.  The tour is set to follow the release of her highly anticipated debut album Talk Of This Town on 27 July.

With gritty lyrics and brazen vocals, singer/songwriter Luke Combs took to the country music landscape with unbound ferocity and is now bringing his chart-topping talent to the UK. This North Carolina native will be performing his debut album, This One’s for You, with its multi-platinum singles and which Rolling Stone heralded as the “Best Country Album of 2017.”

Rising country singer Drake White returns to Manchester to perform at Manchester Academy 3 with his band The Big Fire.  Following years on the road in the US performing night after night, the Alabamian’s authenticity was soon recognised and he subsequently released debut album Spark.  Drake & the Big Fire -Adam Schwind (Drums), Philip Pence (Bass), Jabe Beyer (Guitar), and Jon Aanestad (Fiddle) – have also toured as an opening act for established country artists such as Kip Moore and Zac Brown Band.

After building a loyal fan base with his energetic live shows and gaining the attention of critics and industry professionals, North Carolina native Chase Rice comes to the UK for four dates including a Manchester gig at The Ruby Lounge.  The tour follows the release of his latest album Lambs & Lions with lead single Three Chords and The Truth gaining airplay on both sides of the Atlantic.

Country music superstar Kacey Musgraves returns to Manchester for the first time since her stunning performance at the Albert Hall in November 2015.  The  11-date UK and Ireland tour forms part of her wider series of European dates and follows the release of her latest excellent album Golden Hour and headline set at this year’s Country to Country Music Festival at the O2 in London.