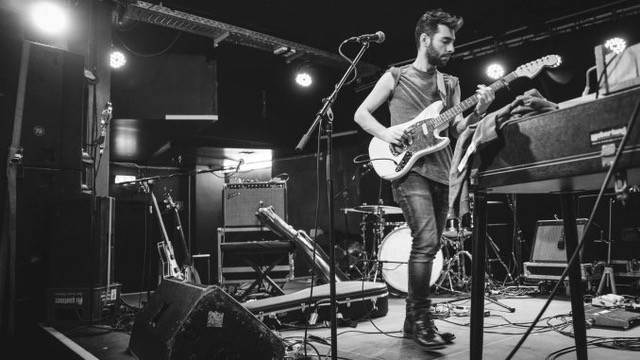 After selling out headline gigs in New York, Montreal, Philadelphia, Toronto and more, Leif Vollebekk will perform two dates in Manchester this autumn and winter.

The Montreal singer-songwriter and multi-instrumentalist will play nine UK dates over the next couple of months.  Amongst them, he supports Margaret Glaspy at the Deaf Institute and then returns to headline at Gullivers in November.

Twin Solitude, Vollebekk’s 2017 album, received accolades across the world.  It has also garnered radio play throughout Europe and North America.  The album has also been playlisted on Sptify’s New Music Friday and appeared in Spotify’s Viral Chart.

Vollebekk wrote the ten-song ‘Twin Solitude’ while re-calibrating from a creatively taxing period on the road.  It was a time when his own songs just didn’t feel right to him. He began to find beauty in the everyday vignettes that made up his life at home and on the road.  He ultimately found inspiration in the most unusual of places – a bike ride, a Moog synthesizer, an untuned guitar, a Nick Drake record.

When and where does Leif Vollebekk perform in Manchester?

Leif Vollebekk has two Manchester gigs lined up.  He supports Margaret Glaspy at the Deaf Institute on 7 September 2017 before returning to headline at Gullivers on 23 November 2017.