In Review: Striking Matches at The Deaf Institute 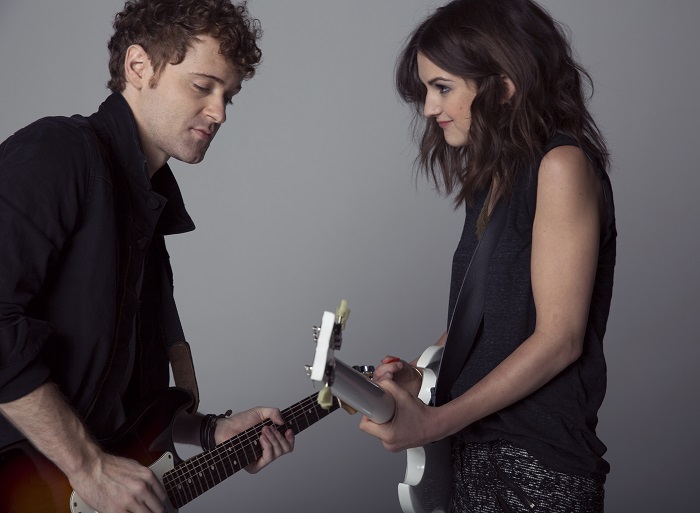 Striking Matches are set to return to the UK to perform in Manchester again in November and judging by this performance at a sold-out Deaf Institute – a Striking Matches show is definitely one to catch.

Performing an acoustic set, with no backing band, Justin Davis and Sarah Zimmermann put on what can only be described as a stunning, masterful, guitar-driven set which thrilled the packed, energetic and enthusiastic venue.

Within 20 minutes of doors opening the Deaf Institute is packed out, such is the clamour to see a band which is now, rightly, at the forefront of country music having released the excellent debut album Nothing But The Silence in March (when it topped the i-Tunes country chart) and which has seen eight of their tracks featured on the hit show Nashville.

After an excellent set from Lucy May, which is received very well by the audience, Striking Matches take to the stage to a huge cheer.  They look thrilled to be here on the first tour which has seen them venture outside of London and the reception they receive only serves to justify their decision to spread their wings.

And from the outset, opening with Trouble Is As Trouble Does, it’s obvious that the highly talented duo are going to put on a stunning show.  With interchanging vocals and what becomes an increasingly impressive guitar masterclass, their songs and musicianship are of the highest calibre.

Any concerns about the lack of a band are quickly dispelled as the busy guitar work provides more than enough kick and the absence of drums is barely noticeable as Davis hammers the body of his guitar to the point of breaking it and Zimmermann stamps her boots to tremendous percussive effect, whilst the audience join in from time to time clapping along to the beat.  Considering that there are only the two of them on stage, they pack a punch.

As Striking Matches work through the set, the guitar playing becomes hypnotic, Zimmermann and Davis displaying extraordinary, breath-taking ability and their work in the hit song Never Gonna Love Again, featuring Zimmermann’s signature slide (which comes out several times over the night), is just another reminder of just how talented they are.

Unsurprisingly, the crowd is transfixed, loving every minute of it.  Screams of ‘We love you’ are bellowed at the stage, slightly unusual considering this is not a boy band.  Striking Matches also come across as a truly genuine, humble duo – the enjoyment that they have in performing comes across to the whole room – and they are also at ease on the stage, playing purposefully but interacting well and humorously with the crowd.

The guitar driven side of Striking Matches is not their only forte and they do, indeed have a more delicate side, with stunning renditions of God And You and the encore, a cover of Elvis’ Can’t Help Falling In Love.  The vocals are delicate and intense, perfectly showing that they have voices to match their astonishing guitar skills, their harmonies working together sublimely.

Zimmermann also reverts to the mandolin for performances of Miss Me More and Hanging On A Lie, partially demonstrating her multi-instrumental ability (there’s no room for the clarinet or multiple other instruments she plays).

Incredibly, one of the tracks which did not make it on to the album, He Only Loves Me When It’s Raining, provides the highpoint of the evening (although in fairness this is just one of many highpoints) with the guitars weaving together in an energetic fusion of styles tinged with aggression and edge.

By the end of the set, the crowd know that they have witnessed a hugely talented duo performing a gig of the highest standards and there’s no doubt that the vast majority of them will be in the queue for tickets when Striking Matches return to Manchester in November at the Academy.