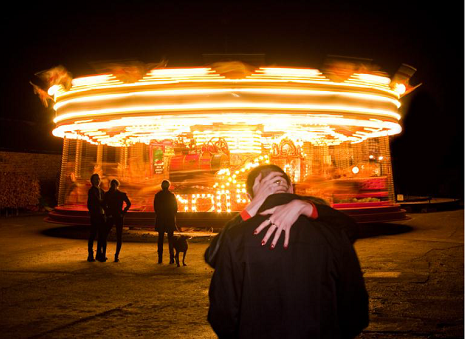 Opera House – Lord of the Dance.  Michael Flatley’s latest spectacular, Lord of the Dance: Dangerous Games, a new staging of the traditional master piece features new staging, costumes and choreography as well as a cast of 40 of the world’s most outstanding young performers concludes at Manchester’s Opera House.  8.00pm

Lowry Theatre – The Pirates of Penzance.  The most famous of all Gilbert and Sullivan Operas is performed at the Lowrty Theatre, with the tale of a wayward but unsuccessful group of pirates, a cluless Major General, his beautiful daughters and a collection of useless policemen.  7.30pm

Royal Exchange Theatre – The Ghost Train.  Royal Exchange Theatre and Told by an Idiot continue their collaboration with a new production of Arnold Ridley’s The Ghost Train.    A group of passengers are left stranded at a remote railway station, facing the prospect of a night in the waiting room. But when the old stationmaster warns them about the phantom train that haunts the tracks after dark, the evening starts to take one chilling turn after another.  7.30pm.

Home – The Funfair.  As part of the HOMEwarming weekend, Home’s first theatre production is the world premiere of The Funfair, directed by Walter Meierjohann and starring Wigan-born actor Ben Batt (Shameless, Scott & Bailey, Captain America) a new version of 20th century masterpiece Kasimir and Karoline, relocated from 1929 Oktoberfest to modern day Manchester, exploring the lives of working-class people at the height of recession.  7.30pm.

The Lowry Theatre – So It Goes.  The sell-out Edinburgh Fringe 2014 hit, exploring the light and dark sides of grief.  This highly personal show is brave and raw, yet manages to pull through the amusing and funny, telling the tale of Hannah, who enlists her friend David to help on a journey through memory, laughter and sorrow as she finally tries to talk about her father’s death.  8.00pm.

The Lowry Theatre – 300 to 1.  A one-man comedy show as a schoolboy re-enacts the film 300 to the ghosts of Wilred Owen and Siegfriend Sassoon.  Written and performed by Matt Panesh, directed by Gareth Armstrong.  8.00pm.