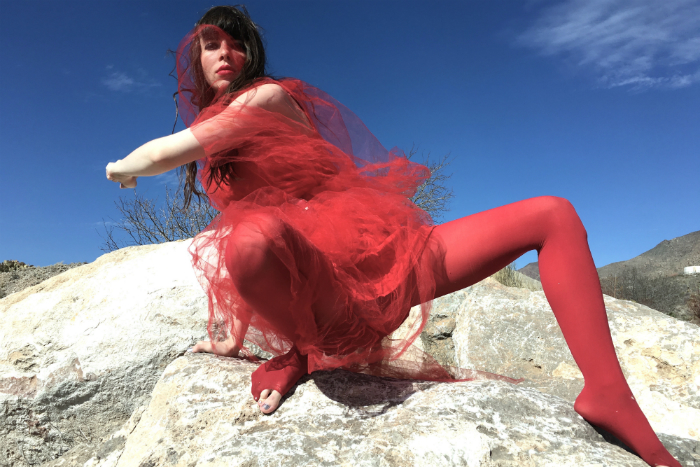 Garage-punk band Le Butcherettes have announced a run of UK tour dates this October, which finds the group performing at Manchester’s Night and Day on 22 October.

The news comes as the band release their new single My Mother Holds My Only Life Line, which is due for release on 6 May.

Despite a relentless tour schedule, Le Butcherettes have released a steady stream of critically acclaimed music. Their debut EP, Kiss & Kill, in 2009 was nominated for “Best New Artist” and “Best Punk Record” awards at Mexico’s Indie-O Awards, while their second full-length Cry Is For the Flies (2014, Ipecac Recordings) won the award for “Best Punk/Garage” in 2015. Omar Rodriguez-Lopez (At The Drive In, The Mars Volta, Bosnian Rainbows) has produced all three Le Butcherettes full-length albums to date. You can hear guest appearances from Iggy Pop (“LA UVA”), Garbage’s Shirley Manson (“Shame, You’re All I’ve Got Left”), and Henry Rollins (“Moment of Guilt”) across the band’s discography.
Le Butcherettes released their third full-length album, A Raw Youth, on Ipecac Recordings in the fall of 2015. They are currently on tour with At The Drive In and will continue to tour on this album through 2016 with new music in the works.

Tickets for Le Butcherettes performing at Manchester’s Night and Day on 22 October go on sale at 9am on Friday 6 May.