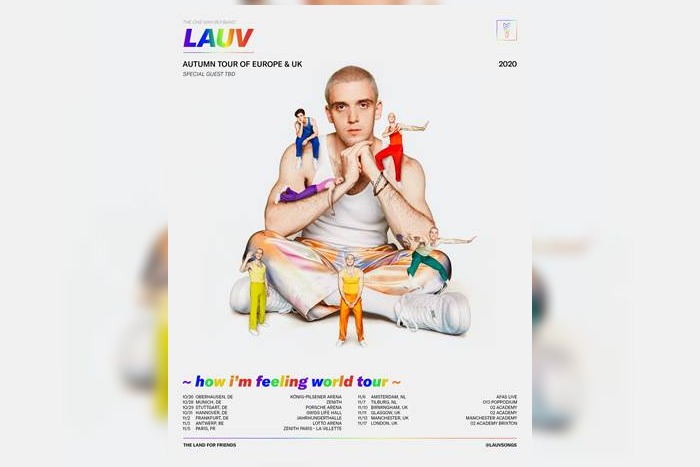 Lauv has announced four UK tour dates including a gig at Manchester Academy admist a huge run of European shows.

The platinum-certified singer, songwriter and producer will bring his how i’m feeling world tour to Manchester in November.

The UK shows mark the largest of his career to date and form part of his 65+ date world tour.

Last week, Lauv dropped his latest single Tattoos Together alongside the video directed by Declan Whitebloom.  The single marks the latest release from his upcoming 21-track debut album ~how i’m feeling~.

The tour announcement comes in the build up to the release of ~how i’m feeling~ which is due out on 6 March 2020.

Over the past few months, Lauv has released his much-anticipated collaboration Mean It with LANY, his surprise 2020 track Changes, in addition to the video for album track Sims. The video was directed by Phillip Lopez, and serves as the proper visual introduction of the “Little Lauv” characters that adorn his debut album artwork for ~how i’m feeling~ and make up Lauv’s “one man boyband.”

In October, Lauv was also notably featured on the radio version of powerhouse K-Pop group BTS’ Make It Right.

When does Lauv headline at Manchester Academy?