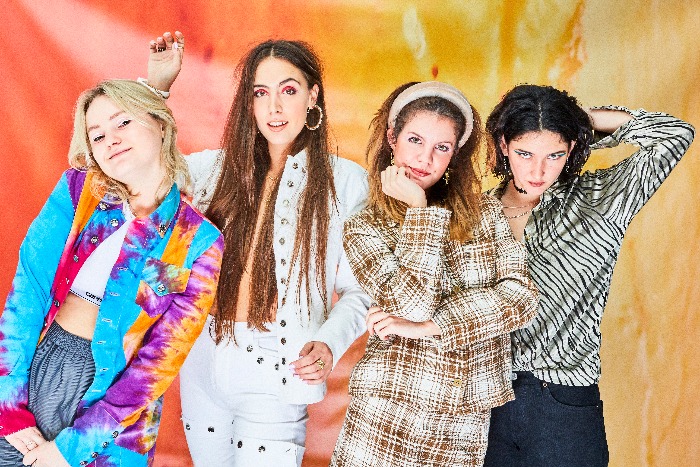 Hinds have announced a run of UK and Ireland shows for April 2020 including a Manchester gig at Manchester Academy as part of their European tour.

Riding Solo is produced by Jenn Decilveo.  The track hints at a new direction for the band with distorted vocals and infectious choruses.  The track, however, retains Hinds’ attitude and personal approach, as they explain, “feeling lonely is one of the most common human feelings, right ? well, being a musician doesn’t really help. your whole life is constantly moving and the only thing that remains is yourself. and dealing with yourself, oh gosh, we all know how boring and angering that can be. riding solo is about this. about us. perpetually on the move, being everywhere and nowhere at the same time. surrounded by strangers most time of the day, being 9 hours time difference from our people and what we call home, living and dying por y para la música.”

The as yet untitled third album follows previous releases Leave Me Alone and I Don’t Run which racked up 50 million streams worldwide.