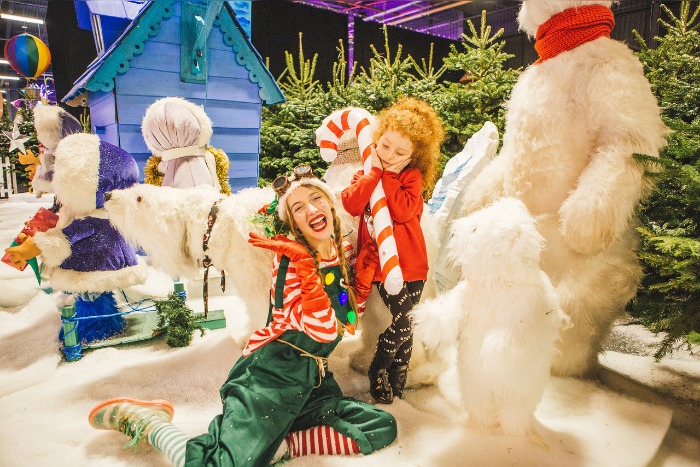 Winter Funland has launched at Manchester’s Event City, so we headed along to build on the festive spirit which has slowly been growing.

But of course, we have to take the lead from our resident three-year old expert in festive fun – and he clearly knows what he wants and more importantly, what’s good fun!

As we enter, we make our way past a huge fairground organ, pumping out the likes of Jingle Bells, Fairytale of New York and more.  The boy’s eyes light up.  He’s just twigged that he’s on his way to something very Christmassy and very exciting.

We walk in, past a host of elves, past Elsa from Frozen.  There are beaming smiles on the faces of children (and adults) everywhere.

We try to encourage him towards Santa’s house, but no – flashing lights and music have taken his interest.  He’s off, running towards the fairground rides.  And then he stops, staring at the Runaway Train ride, eyes wide, a broad smile appears.  A point of the hand, a shout of ‘That!’ and suddenly we’re in the queue to ride on it.  He screams with delight as we head around the track and is it comes to a halt looks at me.  “Again!” he declares, but I convince him to try other rides.

Monster Trucks follow, another child-friendly rollercoaster, followed by Fireman Sam water shooters.  We ask whether he wants something to eat from the various food stalls (the Czech street food stall has caught my eye), but instead … another rollercoaster. 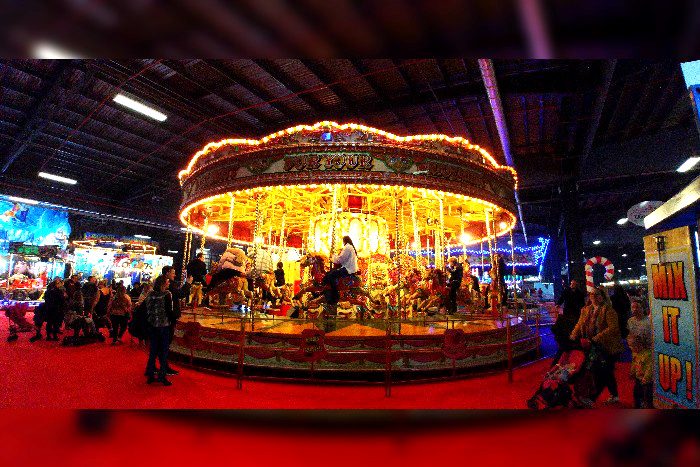 As we walk (and by that you can read ‘run’ in his case) around we pass the ice-skating, more elves, Christmas decorations and a circus.  I make a move towards the circus, but he has seen another ride he wants to go on.

I move towards a different ride when we hear the attendee declare “this is the fastest one in here!”.  My wife immediately steps backwards, a nervous smile on her face and before we know it she’s instead on the carousel with our beaming child.

We’ve barely scratched the surface of everything in there.  I look longingly at the ice slide, some more adult rides and again at the Czech street food stall.

Meanwhile my wife is throwing balls at bottles in an attempt to win the biggest cuddly toy you could imagine.  Her aim is good, but not quite good enough.  The same can be said of me minutes later at the rifle range.

By now our little expert is flagging.  And so we scoop him up to carry him out, ready to drop.  He smiles again at the rides andmotions again towards a rollercoaster (this bodes well for my future days out with him!).  We pass more elves, skating Santas, and spot Elsa again.

As I carry him out of the door he looks up, exhausted tears starting to form, points and says  … “Again!”.