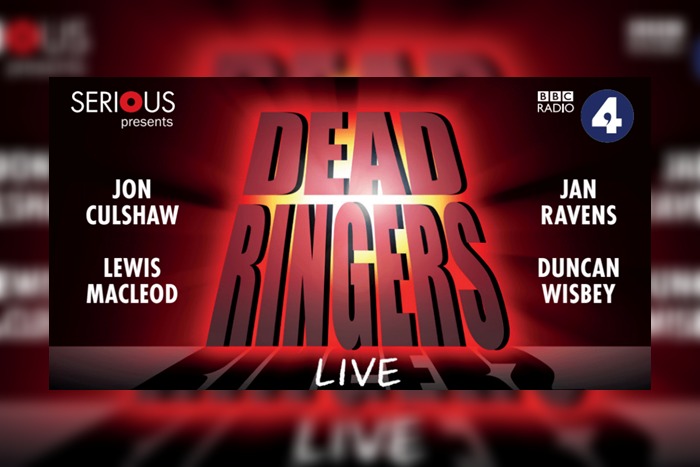 Dead Ringers Live will come to Manchester’s Bridgewater Hall in May featuring Jon Culshaw, Lewis MacLeod, Jan Ravens and Duncan Wisbey as they bring a close to their first full UK tour.

Celebrating 20 years of Dead Ringers, these dates are the first time Dead Ringers Live will be performed for live audiences outside of London and the Edinburgh Festival. Travelling across the country to perform their unique Radio 4 show live with scripts in hand, the Dead Ringers Live team will perform a mixture of classics such as their take on The Archers and Disney Takes Over The Today Show, alongside Boris Johnson, Donald Trump, and all new material inspired by a permanently unsettled political landscape.

Jon Culshaw is widely regarded as one of Britain’s best impressionists with over 350 impersonations including Boris Johnson, Donald Trump, David Bowie, Professor Brian Cox and Barack Obama. Born in Ormskirk, Lancashire, Jon made international headlines in 1998 by calling the switchboard of 10 Downing Street and fooling the operators with his impression of William Hague. He was put directly through to Prime Minister Tony Blair. Jon’s TV and radio appearances include: Dead Ringers, Frank Skinner on Demand With, The Cars That Made Britain, Top Gear’s Extra Lap, Spitting Image, The Impressionable Jon Culshaw, The Nightly Show, Parkinson, The Royal Variety Performance, Friday Night with Jonathan Ross, 2DTV, Head Cases, Jon Culshaw’s Commercial Breakdown and BBC1’s The Impressions Show alongside Debra Stephenson.  An astronomy enthusiast, Jon appeared on The Sky at Night’s 50th anniversary show, and regularly voices Dr Who audiobooks with scarily accurate Tom Bakers and Jon Pertwees. Most recently Jon toured alongside Bill Dare in the Great British Take Off.

Glaswegian MacLeod is a comedy impressionist and star of The Imitation Game, BBC Radio 4 series Lewis MacLeod is Not Himself, ITV’s Newzoids and Comic Strip Presents Red Top.  He is famed for being the voice behind the award winning ‘Jeremy Vine: Agony Uncle’ for BBC Radio 2 and has acted in shows including The Crown, Zapped and new sitcom Sliced.  His ‘Trump’ is acclaimed as the best – and funniest – around.

With her unique mix of hilarious mimicry and sharp satire, Liverpudlian Jan Ravens is one of the UK’s most successful impressionists. She has contributed to radio shows such as Just A Minute. I’m Sorry I Haven’t A Clue, Broadcasting House, The Week in Westminster and Today.  As a live performer and on TV (and first female president of Footlights) she has performed with some of the UK’s biggest comedy names (Lenny Henry, Alexei Sayle, Alistair McGowan, Ronni Ancona, Rory Bremner) and toured all over the country. Her frighteningly accurate ‘Theresa May’ has achieved cult status.

As well as being a vital member of the Dead Ringers team, Duncan is their unofficial musical director. An actor who has made countless theatre, radio and TV appearances he has also a chart hit with ‘The Ladies’ Bras,’ which still holds the record for the shortest song ever to reach the top 30.

When does Dead Ringers Live come to Manchester’s Bridgewater Hall?

Dead Ringers Live comes to Manchester’s Bridgewater Hall on 22 May 2020.