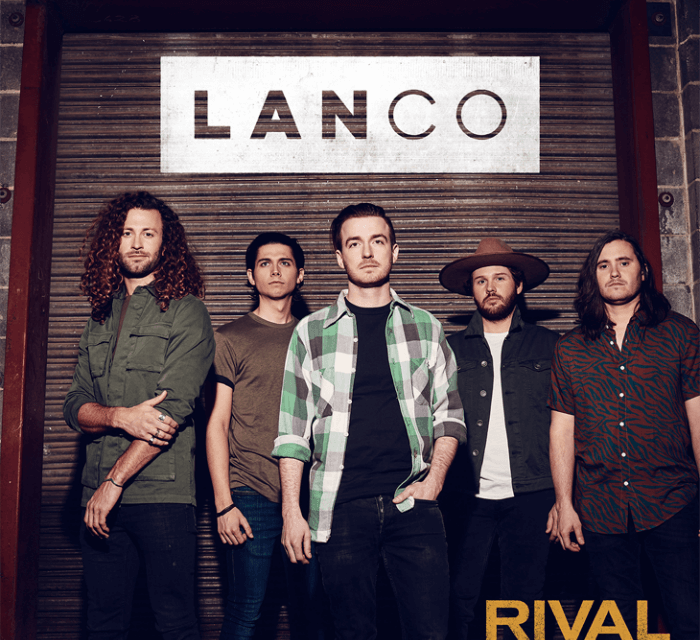 Lanco have revealed their latest single, Rival, ahead of a run of UK tour dates including a Manchester gig at Manchester Academy in May.

The single, a rowdy call to forget the haters and stand your ground, represents the first taste of the band’s upcoming second album.

The single is produced by Jay Joyce (Eric Church, Brothers Osborne) with Brandon Lancaster and Tripp Howell teaming up for the co-writer.

Speaking about the single, frontman Brandon Lancaster commented, “There’s so much pressure to be like someone else or to live up to some outside expectation, especially with social media and how perfect it makes everything look.  We wrote this song from the perspective of no matter where you come from, be proud of who you are and the way you’re creating your own path. And if anyone doesn’t like it, just chalk them up as a rival and keep doing your thing.”

Meanwhile, drummer Tripp Howell adds, “We realized that everyone has faced something they have to stand up against. It isn’t about fitting into any mould, it’s about sticking up for what you believe in and having that crew of friends around that will always have your back.  That’s definitely a big part of our story. We didn’t know anything or anyone when we started out trying to break into this business, and I think that underdog mentality really drove us in the beginning.”

When do Lanco headline at Manchester Academy?