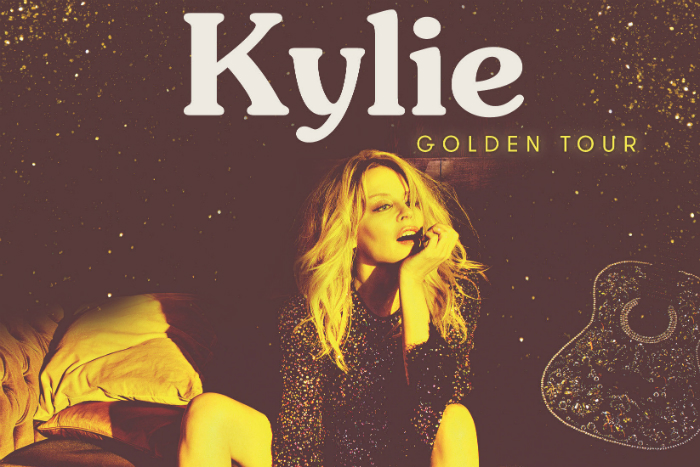 Kylie Minogue has announced a UK and Ireland Arena tour which includes a Manchester gig at Manchester Arena.  The 13 date tour follows recent news of an intimate gig at Gorilla on 14 March.

Currently on a high with her brand new track Dancing, Kylie has promised a brand new extravaganza for this production which will be centred around her new album Golden, which is due for release on 6 April 2018.

Where and when does Kylie headline in Manchester?

When do tickets for Kylie headlining at Manchester Arena go on sale?

Tickets for Kylie Minogue’s Manchester gig at manchester Arena go on sale on 2 March 2018.  A presale is available for fans on 28 February – further details of the presale are available at https://kylie.tmstor.es/