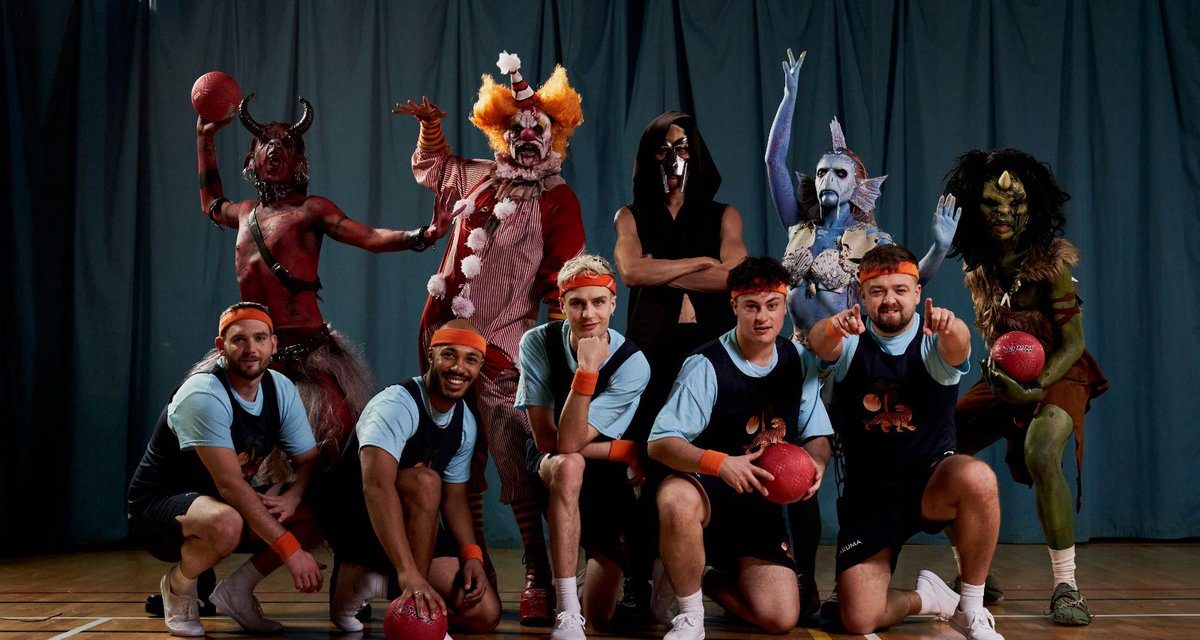 Kawala are back with the new video to their single Pure Desire ahead of a rescheduled UK tour taking in Gorilla.

The video sees the band playing dodgeball against the forces of darkness!

Kawala take on the dark, supernatural forces of the underworld in a game of dodgeball in the video for Pure Desire.  The video is for the A-Side of the band’s first 7″ single, Pure Desire / Loosen Up.  The track showcases the band’s guitar lines and harmonies on a soulful pop background.

Speaking about the video, Dan explained, “The idea to shoot a music video featuring us playing an intense game of dodgeball against five monsters first came about in the only place such an idea could come about = after many pints in the pub.  We wanted to show off the songs meaning of wanting to overcome & achieve something and at the time it seemed the most obvious way to showcase that. Having an incredible team on board to make it a reality including the unreal prosthetic artist Charity Kase really made this video an absolute pleasure to make.

“This is the first time we’ve released a 7” single with an A and B side” he continues, “so we were keen for the songs to have a strong link while offering different things sonically.  Pure Desire is essentially about exactly that; the desperation to reach that goal you set out to achieve or a better place you wish to find yourself. We tried to represent that hunger and drive in the constant upbeat pace of the song.  Alternatively, Loosen Up is meant to represent the tranquil place we see as our end goal.”

Kawala are due to bring their rescheduled tour to Manchester’s Gorilla in May 2021.  The tour will see them performing 11 dates up and down the UK and Ireland also headlining at Liverpool’s Arts Club.

When do Kawala headline at Gorilla, Manchester?

Kawala healdine at Gorilla, Manchester, on 19 May 2021.  The Manchester gig is one of 11 dates they are headlining: